With an estimated net worth of US$820m, comedian Jerry Seinfeld is laughing all the way to the bank.

The 60-year-old entertainment icon emerged as the wealthiest actor on the Hollywood and Bollywood Rich List compiled by ultra high net worth intelligence and prospecting firm Wealth-X.

To compile the list, Wealth-X identified the wealthiest TV and movie actors from the US and India. The combined personal fortunes of the stars on the list total US$4.68bn.

The co-founder of the eponymous TV comedy “about nothing” significantly increased his fortune through off-network syndication deals for “Seinfeld,” giving him at least US$400m in the fifth syndication agreement last year. He has also acted in numerous films, including the animated feature “Bee Movie.”

Taking the second spot – and the only Bollywood actor on Wealth-X’s top 10 list – is movie star Shah Rukh Khan, who is estimated to be worth US$600m. Immensely popular around the globe as well as in his home country, India, where he is referred to in the media as “Badshah of Bollywood” or “King of Bollywood,” Khan is also a producer, TV host, co-owner of an Indian cricket club and a philanthropist. He has appeared in more than 50 Bollywood films and is a regular at the annual Cannes Film Festival.

Several Academy Award winners are featured on the list, including three-time Oscar winner Jack Nicholson, who has a net worth of US$400m, which puts the 77-year-old actor in 7th spot. Tom Hanks, who won best actor Oscars for “Philadelphia” and “Forrest Gump,” is in 8th place with a personal fortune of US$390m. 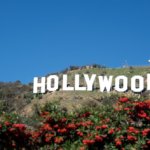