Japanese Yen: Why Is It a Safe Haven Currency? 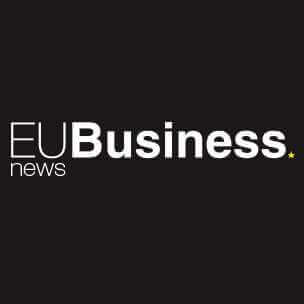 Japanese Yen: Why Is It a Safe Haven Currency?

The dashboard of the global economy is flashing red. Inflation is skyrocketing, causing consumers to cut back. Stocks are dropping across practically all indices. And avidly watched recessionary signals like US Treasury yields are showing similar, ominous signs to 2007.

In troubling economic times, investors flock to so-called ‘safe havens’ to protect their capital from falling stocks and avoid the reduction in purchasing power that would likely occur if they left it as cash. Traditionally, the US Dollar has been the safe haven of choice for investors and forex traders, but with the dollar weakening, there could be another currency that pips it to the post: the Japanese Yen.

Why is the dollar weakening? What does it mean for the economy? And why is the Yen being looked on as a safe haven?

Why is the dollar weakening?

There are a few reasons behind the dollar’s downward trajectory compared to other major currencies.

First is the loosening of monetary policy by the US Federal Reserve due to the poor state of the economy. Next, US-based investments are no longer as lucrative as they once were due to a mix of falling economic fortunes and high prices. And capital inflows into the country have gone down too during the pandemic, particularly sales of property to foreign people.

What does the weakening US dollar mean for the world economy?

With the dollar worth less, there have been several global economic effects to bear in mind. The first of these has been to reduce import prices for countries that have experienced a strengthening of their currencies – boosting economic activity as a result. Policymakers in the US have welcomed the weakening too, since it boosts the competitiveness of the US industry across the world, as well as makes investing in the country more attractive – from property to stocks.

Having a strong currency and being a safe haven, however, means more economic power in international economic decision-making, currency creation, and financial outsourcing. Arguably these less-concrete benefits are much more worthwhile than a short-term boost to exports or foreign direct investment.

Why is the Yen being seen as a safe haven replacement?

According to Goldman Sachs bank, the Japanese yen shows “significant value” as a hedge against a US recession. The main reason for this is that the currency is currently very cheap compared to the currencies of other major developed economies such as the Euro and Pound Sterling.

Add to that the traditionally dovish Bank of Japan and its high likelihood of supporting the Yen with fiscal measures, and the Yen looks like a sound bet compared to other currencies which will likely come under pressure from interest rate hikes. Inflation is also currently much lower in Japan than in other nations too, meaning Japan is currently exposed to far fewer risks than European and Anglophone economies.

Time will tell whether investors adopt the Yen as a safe haven in masse. What’s for certain though is that the current global economy will see significant shifts in the foreseeable future. 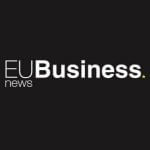