The fund’s General Partners are Todd Chaffee, Somesh Dash, Steve Harrick, Eric Liaw, Jules Maltz, Sandy Miller, and Dennis Phelps. After 26 years as a General Partner at IVP, Norm Fogelsong will serve the new fund as an Advisory Partner. Collectively, the Partners have more than 150 years of venture capital and operating experience.

“I have invested with the IVP team for over a decade now and they consistently deliver exceptional performance for us,” said Limited Partner Rick Hayes of Jasper Ridge Partners. “I continue to be impressed by the way this multi-generational team maintains their industry leadership position throughout investment cycles.”

IVP partners with talented entrepreneurs to finance rapidly growing technology and media companies that are addressing large market opportunities. Since its inception in 1980, IVP has invested in over 300 companies and 101 of those have gone public.

“IVP has invested in both of my companies and I have personally invested in IVP’s two most recent funds,” said Josh James, CEO of Domo. “The IVP team is absolutely one of the best in the business. Their partners are smart, they ask great questions, and they have been incredibly helpful to us over the years. I consider them a trusted resource and a great partner.“

With the new fund, IVP plans to invest $10 to $100 million per company in 12 to 15 businesses each year. The firm believes that this highly selective approach is an essential driver of fund performance. Given its focused expertise in later-stage investing, IVP offers entrepreneurs many years of experience in helping companies recruit exceptional executives, scale operations, refine business strategies, and expand internationally. 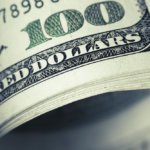