Infrastructure Fund Manager of the Year – 2015

The Golding Capital expertise covers the whole universe of investment styles, ranging from primary funds to opportunities in the secondary markets as well as co-investments in all three of the asset classes. A notable element of Golding Capital’s value-add is specialising in fulfilling the regulatory, tax, reporting and supervisory requirements of their institutional investors which are becoming increasingly challenging in the current regulatory environment. Their 70-strong team of professionals based in Munich, New York and Luxembourg has not only been helping their investors gain access to outstanding private equity, private debt and infrastructure investments but also structuring innovative products tailored to their clients’ needs such as their newly closed infrastructure fund.

Within infrastructure, their flagship fund of funds -the Golding Infrastructure 2013 SICAV- was closed in 2015 at a record €590 million, well above the target volume of €400 million. This makes it the largest diversified infrastructure fund of funds ever raised in the German-speaking area. More importantly, the closing underlines Golding’s position as one of the leading independent providers of infrastructure investments programmes in Europe.

The strong demand from institutional investors was fed by several factors. Firstly, it provides investors an easy and fast access to a broadly diversified, international portfolio of outstanding infrastructure fund managers. It focuses on the key markets in Europe and North America and covers all sectors including energy, transport, utilities and social infrastructure. Moreover, the fund pursues a conservative investment strategy with the objective of generating early and stable current yield as well as an overall attractive return of 8-9% net IRR. This is being achieved by systematically constructing a portfolio combining yield-driven infrastructure projects in the core and core-plus areas with return-oriented value-add projects. The “proof of concept” of this strategy was the first yield distribution of more than 3% at the end of 2015, being less than 10 months following the final closing. The investors also had the advantage of having full visibility on a growing portfolio of diversified infrastructure projects with the fund being 40% drawn at closing with over 250 individual projects and assets. Last but not least, Golding recently changed its fee model to an innovative, predominantly performance-driven fee model which has become an integral component of their investment programmes. This so-called “Golding Guarantee” has some major advantages for institutional investors against conventional fee models. Investors are only charged fees on invested capital and those fees due are only actually disbursed when the investor receives profit distributions thus effectively eliminating the typical but generally abhorred J-curve in the initial years. And should profits dry up in subsequent slow years the investor always receives more in profits than Golding earns in management fees thus ensuring full alignment of
interest with investors to maximize investment performance and reducing
their risk of paying high fees on underperforming investments.

The successor flagship fund “Golding Infrastructure 2016 SICAV” will be launched in Q2 2016. This fund will continue the successful approach of its predecessor by focusing on a similar conservative strategy of generating early yield of 4-5% combined with an attractive overall return of around 8% net IRR. In addition to creating attractive investment returns one further objective is to provide investors who may be new to the asset class with a means of accessing the infrastructure markets with broad diversification of risk. This will be achieved by pursuing a cautious strategy focusing initially on core and core-plus infrastructure within the most stable markets globally of mainly Europe and North America. Risk can be further reduced by giving investors access to a broadly diversified portfolio of infrastructure assets spread widely across managers, regions, segments, investment styles and vintages. As a result, Golding offers an optimally diversified and risk-reduced way of investing in infrastructure without giving up an attractive return potential and strong yield.

From the early days of its foundation back in 2000 Golding Capital Partners has grown to become one of the leading independent investment managers for alternative assets in Europe. This success can be put down to a number of factors which characterize the Golding culture. First and foremost, clients are at the core of the Golding culture which is highly service-oriented and solutions driven. Client requests for new structures, reporting data or general information are met promptly. The quality of reporting is second to none in the industry with an emphasis on total transparency down to the portfolio level as well as being prompt with audited valuations being made available within two weeks after year end to meet regulatory requirements. In addition the highly qualified investment team can rely on its longstanding network of international manager relationships to gain access to the hidden champions in the various asset classes and to ensure receipt of sufficient allocations in these times of severe competition for the best and often access-restricted managers. Last but not least, impressive investment performance has been a significant factor in enabling the Golding Capital team to cement its leading position in the market resulting in a record 2015 not only for infrastructure but also for buy outs and private debt.

After a another very successful year both in terms of investments and fundraising, the team at Golding Capital is looking forward to consolidating their position in the market for alternative investment programmes. The company will continue to invest heavily in staff, offices, and systems to support their ambitious expansion plans. Golding expects to launch further new products in the next few months with the objective of becoming partner of choice for their broad base of institutional clients. Demand for individual managed accounts is also increasing and Golding expects this to be a significant driver of their growth for the company in the next few years. 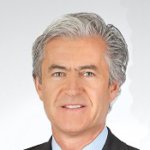