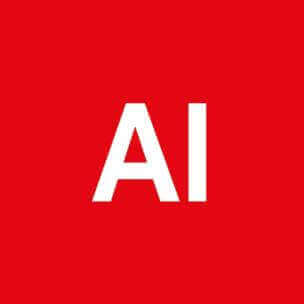 Cloud mining bitcoin is a valuable alternative to traditional mining. It’s an option that’s better suited to small and mid-size investors since it doesn’t require an initial investment in the equipment used for mining. Instead, the process takes place in a cloud and an investor doesn’t own or control the process from its technical standpoint.

It’s also a simpler process at least from the user’s perspective. It’s therefore easier to start mining Bitcoin cash and earning from it than it would have been with using your own tech.

Cloud mining is the process in which cryptocurrency coins are made with leased equipment owned or operated by a provider and paid for by the investors. It’s a growing market and some of the best cloud mining sites can be found on Truely, where you can compare and contrast different offers.

The technical side of the process remains the same and requires the same amount of power, which is why it’s crowd-funded by the investors in return for a part of the coins produced. Overall, it reduces the initial cost for the investor and makes the process more manageable.

It can be paid in cryptocurrency or in a traditional fiat currency depending on your arrangement and the provider you’re working with. For the most part, such contracts last between one and three years.

A dashboard is an interface offered by cloud mining sites that allow the user to keep track of how much Bitcoin Cash you’ve mined and how much you can withdraw. The dashboard also shows the worth of the coins that you do have, according to their value at the moment.

A dashboard can also display technical properties that can help the user better understand the mining process. This includes fan speed and hash rates, which can be of use to investors with a deeper IT background. The dashboard can also be used to withdraw the coins to an e-wallet.

Setting up a Wallet

An e-wallet is used to store and transfer Bitcoins. It needs to be connected with your cloud mining account in order to transfer the Bitcoin cash that you’ve mined. All e-wallets support Bitcoin since it’s still the most used cryptocurrency. There are so-called cold and hot wallets.

Cold wallets are physical devices on which your crypto coins are stored and hot wallets are software solutions that do the same. Cold wallets are more expensive but they are also considered to be a safer option since they can’t be hacked. The decision is up to you and it should be made after some research.

There have been a few ups and downs when it comes to Bitcoin value on the markets, but in the longer view of things – it continues to grow. In the last five years, the value of Bitcoin has increased about five times, which makes it a worthy long-term investment.

The Ability to Sell A Contract

One important feature of a cloud mining contract is the ability to sell the contract to another investor. That’s a measure that will allow you to give up on this investment if you’re not satisfied with its progress and still see some profit along the way.

Not all cloud mining sites provide such an option since it’s still a new venture and many providers don’t have a long-term plan. If this is something you’re considering, you’ll need to limit your choices at least somewhat.

It’s relatively easy to start mining Bitcoin cash and in the long run, it can be profitable to do so. There are many advantages that come from this mining method since there are no initial investments and you can start earning without knowing much about the equipment used in the mining process. 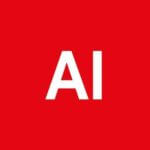