How Much Are the UK’s Natural Resources Worth?

These figures form part of ONS’s efforts to measure Natural Capital, which is aiming to place a value on the economic benefits of our natural resources.

ONS has become an international leader in developing natural capital accounting, which is highlighting the losses, gains and importance of the services provided by natural assets.

Alongside the new analysis of freshwater ecosystems, the ONS is also publishing an interim review of the work to measure natural capital, examining what has been achieved so far and what the project aims to produce by 2020.

The key findings uncovered from Natural Capital to date include:

A preliminary estimate valued the UK’s natural assets at £1.6 trillion, broadly equivalent to the UK GDP.

The value provided by the UK’s woodlands for carbon storage and recreation was 13 times higher than if it were used solely for timber, an estimated £2.4 billion.

Glenn Everett, Director of the ONS Measuring National Well-being programme, said “The degradation of our natural resources and loss of the services nature provides to people and the economy in not accounted for in the nation’s balance sheet. So there is an important need to take stock of the economic benefits that we receive from our natural assets.” 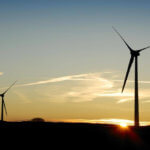