By 2018 the South of England will face a combined shortfall of at least 160,000 homes a new report from international real estate adviser, Savills has claimed. The report identifies that local planning authorities are simply not planning enough new homes to meet the growing housing need.

In a new report, Planning: Countdown to the Election, the Savills planning team has examined locally planned targets across the South East, South West and East of England. Their analysis found that these regions will be short of 91,323 homes when targest are compared to need. Furthermore, this number does not take into account the additional demand that will continue to spill out from London.

The difference between house prices in London and the South East is now higher than it has ever been and this is expected to translate into increased demand overflowing into the Home Counties and to locations as far afield as Cambridge, Brighton, Reading and Oxford.

Savills has identified key migratory hotspots around London and concludes that the majority are already facing their own local housing shortfalls. The firm is calling for local planning authorities to form an ‘arc of cooperation’ around London, working towards solutions that look beyond individual local authority boundaries to maximise housing delivery.

“Local planning authorities need to act with urgency and in cooperation with neighbouring authorities to plan for the scale of housing delivery now needed right across the South of England,” says Savills Planning Director, David Jackson. “Currently planned targets fall well below the projected need, without accounting for the issues of years of undersupply at a local level. Add to this the projected flows of demand from London and there is a real crisis looming.”

England currently needs 240,000 new homes a year according to Town and Country Planning Association estimates. Translating this national figure down to the local level, Savills has identified particular hotspots where planned levels of housing are well below levels of need: the annual shortfall peaks in Brighton & Hove at over 700 homes, followed by Luton at over 500, Epping Forest around 400 and Elmbridge at over 350 each year. Authorities within the more affordable, lower demand areas to the east of London (Thurrock, Dartford, Gravesham) are amongst the few planning to deliver relatively high levels of new homes. Conversely, in Surrey, Berkshire and Buckinghamshire, where there is higher demand from Londoners, housing targets are well below the rate required. (See full table attached.)

“We need to plan larger scale developments as a matter of urgency to meet local need and anticipated London overspill,” says Savills Planning Director, Jonathan Steele. “Without this we face a growing housing shortfall, with affordability an inevitable consequence.

“The Chancellor’s recent commitment to a new ‘garden city’ in Ebbsfleet, with an initial 15,000 new homes is welcome, but it is a drop in the ocean – the equivalent of just four months’ requirement for housing in London. New towns or Garden cities alone are not therefore a panacea. A long term commitment is required by government and other agencies to unblock infrastructure and other constraints to ensure that rates of housebuilding achieve a sustained and substantial increase.” 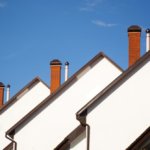