The South Korean supermarket chain Homeplus is being sold by its owners, Tesco PLC. Currently, the Korea Daily Economic has stated that the Orion Confectionery, which specialises in novelty and seasonal products, are keen to be involved in the deal, which would help them enter the superstore market and would enable them to promote their own products through Homeplus. The newspaper speculates that Orion Confectionary would attempt to join American investment firm TPG Capital and form a conglomerate.

The paper also states that MBK Partners, an Asian private equity and investment firm ‘is aggressively pursuing the deal’, owing to a slump in their investment dealings over recent years.

Other names mentioned in connection with the deal include Goldman Sachs Principal Investment Area, Affinity Equity Partners, CVC Capital Partners, the Carlyle Group, and TPG Capital. The Korea Daily Economic also indicated that although Hyundai Department Store and the National Agricultural Cooperative Federation had initially been interested in the deal, they had both ‘refused to participate in the preliminary bidding for reasons that the price was too high.’

Homeplus is the South Korean subsidiary of the British owned supermarket firm Tesco PLC, with the deal to sell Homeplus being underwritten by HSBC. Tesco created Homeplus in 1999 in partnership with Samsung but bought Samsung out in stages, culminating in 2014. Tesco is now the complete owner of Homeplus. 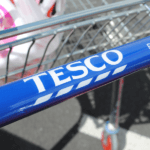