HMRC Receipts Up by £21bn

Frank Nash, partner at Blick Rothenberg, said: “The latest HMRC tax statistics released today (22nd May) showed an extraordinary rise in National Insurance contributions and SDLT revenues, which in the last quarter alone were £680million more (41% higher) than that of the same three month period in 2013.”

The stats showed a 3.15% increase in PAYE receipts and 4.8% increase in National Insurance takings over the same period.

“The Office for National Statistics released figures last week showing that unemployment is at a five year low of 2.21 million, and so clearly the impact of more people in jobs is starting to come through in the PAYE and NIC figures, which are up just over £9bn in the past 12 months,” said Nash.

The figures also indicated that HMRC has collected £100million from the Annual Tax on Enveloped Dwellings (ATED) for 2013/14, which is a third up on the budgeted amount of £75 million. However, initial figures for April collections so far show only £40million collected for 2014/15 charge which was due by the end of that month.

“This will indicate either that residential properties are being removed from companies, which is what HMRC wants, or that further ATED charges have not yet been collected,” added Nash. 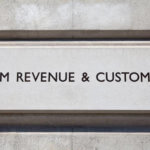