Hedge funds were up 1.83% in February, recovering from their losses in the start of the year as the MSCI World Index posted gains of 3.87% during the month.

Key takeaways for the month of February 2014:
• Hedge funds recovered from January losses – all investment strategies yielded positive returns during the month with long/short equities and distressed debt leading with gains of 2.42% and 2.33% respectively

• North American managers posted their sixth consecutive month of positive returns, up 2.46% during the month and 10.5% over the last 12 months

• All regional mandates delivered positive returns during the month, excluding Japan focused hedge funds which posted their second consecutive month of negative returns – down 1.06% in February

• Distressed debt investing hedge funds delivered their eighth consecutive month of positive returns – up 2.33% in February and 17.7% in the last 12 months

• Asset flow data from 2013 shows that 2,027 hedge funds had positive asset flows during the year, out of which 357 managers raised more than US$100 million. Meanwhile, 879 hedge funds recorded net asset outflows in the previous year while 1,557 funds reported marginal or no inflows

• The Eurekahedge Asian Hedge Fund Awards 2014 will be taking place on 23 May 2014 at Capella Singapore. See last year’s photos and video.

Global markets trended upwards during the month led by a resurgence of investor confidence in the global economy. Market sentiment held strong as weaknesses in recent US macroeconomic data were largely attributed to the weather conditions, with Fed chair Janet Yellen reaffirming the need to keep the QE tapering on track as the US economy continues its recovery. Emerging markets also showed signs of stability with the MSCI Emerging Market Index rising 2.15% during the month. Meanwhile, positive macroeconomic data from the Eurozone showed acceleration in manufacturing activity which provided further support to the markets.

All regional mandates, with the exception of Japan, ended the month in positive territory with North America focused hedge funds realising the strongest gains. The Eurekahedge North American Hedge Fund Index was up 2.46% as MSCI North America Index5 gained 4.47% during the month. European fund managers were up 1.87% with the FTSE 100, DAX and CAC Index rising 4.60%, 4.14% and 5.82% respectively. Fund managers focused on Eastern Europe and Russia were up 0.29% during the month, emerging largely unscathed as the crisis in Ukraine intensified towards the month-end. Latin America focused hedge funds outperformed underlying markets yet again, with managers delivering gains of 0.50% in contrast to a 0.69% decline in the MSCI EM Latin American Index.

The Eurekahedge Asia ex Japan Hedge Fund Index was up 1.81%, with Greater China and India focused hedge funds delivering gains of 1.02% and 4.05%. Japan investing hedge funds were down 1.06% as the Yen remained largely flat versus the US dollar (marginally down 0.06%) with the Nikkei 225 Index and Tokyo Topix declining 0.49% and 0.74% during the month.

All hedge fund strategies posted positive returns in February, with long/short equities managers outperforming their peers and delivering gains of 2.42% as global equity markets rallied during the month. Distressed debt investing hedge funds posted their eighth consecutive month of positive returns, up 2.33% – outperforming the BoFA Merrill Lynch US High Yield Index which gained 2.0% during the month. Multi-strategy, arbitrage and fixed income hedge funds were up 1.57%, 1.20% and 1.16% respectively, while managers deploying macro strategies rebounded from their January losses to finish the month with gains of 1.32%. CTA/managed futures strategy was up 1.71%, with managers realising gains from their exposure to precious metals as gold and silver rallied during the month. Managers utilising systematic or trend following strategies also posted strong gains and were up 2.17% during the month. 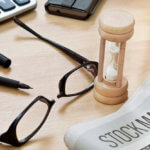