Investment strategy
QW Capital was set up in 2008 and launched their first fund in March 2009. The fist strategy was European equity market neutral investing in Large Cap stocks only. It then evolved into a Global Equity market neutral Large Cap adding to the original European investable universe, an American one; plus, to benefit at the most from diversification a Japanese Portfolio is under construction. From the very beginning, the firm’s approach has been purely non-discretionary and full systematic. All mathematical models underpinning the trading strategies have been
developed internally at 100%.

QW Capital always trades in pairs of stocks belonging to the same economic sector, so that the downside is really limited and the time horizon of the trade is short (i.e. a few days); the investable universe, made out of ca. 10,000 pairs, is re-assessed on a daily basis: In that timeframe it is assumed that two stocks in the same sector will revert to a longer term mean under certain conditions. The models are designed in order to detect whether and when these conditions are met and to gauge the mean-reversion chance, providing the portfolio manager profitable signals to trade.

The company believes that their own models are on average more efficient than their main competitors’ ones because they manage to get rid of more inaccurate, so called “false” signals. A convincing proof of this is their high hit ratio (i.e. the percentage of profitable outcomes on the total of the trades): hit ratio is 63%, rarely heard about in the industry. The strategy is by construction Zero Beta and Pure Alpha, totally uncorrelated to the market: the source of Alpha is given by the dispersion of the different stocks in the market that QW Capital calls Market Vitality; Looking for market dispersion and benefiting out of it implies that this strategy performs particularly well when market are volatile or in presence of market stress or turbulences: it represents a very good “Tail-risk hedge”, so performing particularly well under market stress conditions as proven by QW Capital track record. At the same time it manages to offer a positive absolute performance: indeed, the performance in 2015 was 7% and it is in excess of 3% for 2016 (as per the 17th of February).

“We decided to start with an Equity market and Sector Neutral fund because we wanted to build a strategy that provided “pure Alpha” performance being “strictly sector and market neutral” at any point in time, explains the firm’s CEO and Managing Partner Gianluca Lobefalo in an exclusive interview.

He goes on to expand this point by saying this is pure alpha by definition “because all our position are made of spreads of large cap stocks belonging to the same sector (long and short), and with the same size. The investable universe comprises the 270 largest stocks in Europe excluding Ireland and Greece and the 660 Largest Cap traded in the USindices and are in the process to add the 120 Largest Cap traded on the Nikkei 225. The strategy, along with being zero correlated is characterized by low volatility and limited downside as a direct consequence of the structure of any spread, where the same amount is invested on the long and on the short, with all the spreads equally weighted in the portfolio. So, the exposure in general and in any sector will always be zero.”

“You have limited volatility because whatever happened to the marketyou are always market and sector neutral”. We ended up having a low risk strategy that benefits when there is a lot of trading activity especially where the market is under stress” he continues.

Gianluca Lobefalo cut his teeth in the industry when he worked at JP Morgan in 1997, in foreign exchange research for a couple of years before moving into the buy side at Schroders Investment management still in London for another couple of years. He then moved on to Morgan Stanley where he worked in fixed income for eight years until he had the experience and motivation necessary to start his own firm. But how did he achieve this? “The idea for the firm came to me whilst at Imperial College where I enrolled in PhD program in applied mathematics, during my eight years at Morgan Stanley.

The portfolios, Europe, US (and soon Japan) are run independently. Lobefalo is of the opinion that 2015 started off very well, due to the lessening of interventions by the American Central Bank which enabled the market to be freer, despite some intervention in Europe, Japan and China. However, as stress created by the economic crisis in Greece spilled over into the market, “the market became more unpredictable and under stress”. Our models allow us to see “order and investment opportunities” where most investors just see “Chaos”.

The performance for 2015 was of 7% of “pure Alpha” with zero correlation to the market and low volatility. As expected, our strategy performed particularly well during the most stressed periods of 2015, such as August and December, confirming our effectiveness as a “Tail Risk Hedge”. All in all, 2015 was the year where we managed to over perform our direct competitors in the equity market neutral space, the hedge fund community in general and most, if not all, major equity indices, Lobefalo adds. The final word of Lobefalo who comments that, “If the market continues the way it currently exists, then the future holds many challenges to the fund industry as currently making money is not an easy goal to accomplish; at the same time we expect it to be a friendly scenario for QW Capital strategy 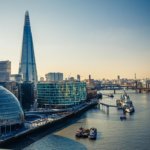