Hedge Fund Manager of the Year 2015

Alkimis SGR was established in 2008 by Massimo Morchio, backed by several well-known Italian family offices. The firm is regulated by the Italian/European law and supervised by Bank of Italy/Consob. Massimo Morchio was previously CIO at RAS, Italy’s second largest insurer, where he ran over EUR 40 billion in long only assets. He left in the wake of the company’s takeover by Allianz.

The firm currently manages Luxembourg Sicavs and Italian mutual funds, all run with the same equity long/short, low volatility strategy. Morchio heads up a team which also worked together at RAS, including Luca Montorfano, former head of European equities and currently Chief Investment Officer of Alkimis.

With regards to products, Alkimis equity L/S strategy is implemented into several investment vehicles:UCITs compliant mutual funds and SICAVs or advisory mandates, managed either directly or as delegated investment manager.

This strategy aims to generate absolute returns with moderate volatility. It invests – purchase and short sell – in international equities selected through proprietary fundamental analysis based on cash flow. Long/ short performance is the main driver of the strategy return, not correlated with the direction equity markets. The strategy is declined into 4 investment vehicles with identical portfolios.

The firm’s Alkimis UCITs fund is among their most successful, and since inception (27/11/2009) the fund has returned 26,6% with a volatility between 4 and 5%. The equity L/S strategy employed by the fund has proved to be uncorrelated not only with equities, but with all major asset classes, like bonds and commodities.

More recently, the firm has started to offer an additional strategy to its clients, called “Special Values”. This high conviction – long only strategy is designed to provide capital appreciation over the medium term, investing
in a limited number (20-25) of international companies selected across all sectors, with attractive shareholder remuneration policies. It was originally implemented as an advisory mandate in Feb 2012, and later (Feb 2014) incorporated into two investment vehicles with identical portfolios.

The idea behind the strategy is to select companies that, while still growing the business, have been able to reward their shareholders with stable and growing dividends or/and regular buybacks. With zero or negative rates on corporate and government bonds, investing in companies that provide high and growing dividends year after year, is becoming an increasingly attractive investment proposition for a lot of investors.

As well as these unique investment products, the firm also boasts a cohesive and successful team. Prior to founding Alkimis SGR Senior Partners have worked together for nine years as a team at Ras Asset Management (the 2nd largest insurance co. in Italy), applying the same investment methodology and achieving superior long term results. Ras Asset Manangement was consistently ranked among the best SGR in Italy.

The firm’s CEO Massimo Morchio has previous experience as Head of Global Financials and Head of Specialist Fund in the Allianz Group (Pimco, AGF, Allianz, RAS), as well as being Chief Investment Officer at Ras. 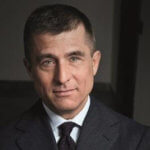