Halcyon Asset Management LLC, a leading investment manager which with its affiliates (collectively “Halcyon”) has more than $12.5 billion in assets under management, today announced significant developments with respect to the management of its London office and European capabilities. The firm named Daniele Benatoff, who has been with Halcyon since May and focuses on European mergers and special situation strategies, Co-Head of Halcyon Asset Management (UK) LLP, along with Co-Head Damien Miller, who will focus on European credit and will join the firm by year-end. Additionally, the two Co-Heads will be among the portfolio managers for Halcyon funds dedicated to investing in European opportunities.

Prior to joining Halcyon, Mr. Benatoff co-founded Benros Capital Partners LLP in London, an event-driven hedge fund where he served as CEO and Head of Research from 2011 to 2013. Previously, he worked at Goldman Sachs International in London as Executive Director of Goldman Sachs Principal Strategies (GSPS) from 2004 to 2011.

Mr. Miller was most recently a Managing Director and Global Head of Special Situations at Alcentra, beginning in 2007, where he built out the firm’s distressed and opportunistic credit investment business and acted as Portfolio Manager. He was previously a Director and Portfolio Manager for the Special Situations Group at Barclays Capital in New York.

“Both Daniele and Damien are extremely talented investors whom we have been watching for a long time,” said John Bader, Halcyon’s Chairman. “They are uniquely well-equipped to represent us in Europe, and we are delighted that they have both decided to join us and serve as Co-Heads of Halcyon Asset Management (UK) LLP.”

Benatoff said, “I’ve known the Halcyon team personally and professionally for years, and it is an honor to join its ranks. At Halcyon, Damien and I have a tremendous platform that will allow us to source interesting investment opportunities in Europe for years to come.”

“I couldn’t be more excited about this opportunity.” Miller said. “I’m absolutely delighted to be joining old friends and such a highly regarded global asset manager. I believe that, together with Halcyon’s deep bench, Daniele and I will make a formidable team in Europe.” 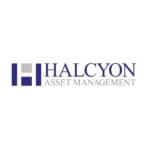