Figures released today by the Guernsey Financial Services Commission (GFSC) show that it approved five open-ended funds, 19 closed-ended funds and nine non-Guernsey schemes* between the start of June and the end of September this year.

Taking into account licences rescinded, there was net growth of 17 funds during the period.

However, the net asset value of funds under management and administration fell by £19 billion (6.6%) to £267 billion at the end of September. That represents a decline of £7.4 billion (2.7%) year on year.

This was partly due to the pound strengthening against the US Dollar and Euro, which had a large negative effect on fund values when expressed in Sterling terms, but also a result of general financial conditions, where concerns around emerging economies impacted both equity and bond markets in the third quarter.

Fiona Le Poidevin, Chief Executive of Guernsey Finance – the promotional agency for the Island’s finance industry, said: “It is disappointing to see the value of our funds business decline during the third quarter, but it is of some comfort to know that this was largely a result of external factors including exchange rates and general market sentiment.

“Indeed, the fact that we have seen 33 new funds approved during the third quarter – and net growth of 17 funds – shows that managers and investors remain attracted to what Guernsey has to offer. This is a major vote of confidence at a time when there is so much uncertainty, not least as a result of the Alternative Investment Fund Managers Directive (AIFMD).”

At the start of this month, Guernsey revealed its opt-in AIFMD equivalent regime which will come into effect from 2 January 2014. This is the second strand of a ‘dual regime’ where the other parallel regime is the existing regulatory framework for managers and investors not requiring an AIFMD fund, including those using EU national private placement regimes and those marketing to non-EU investors.

Miss Le Poidevin said: “Guernsey has clearly and consistently articulated its plans to adopt a ‘dual regime’ in response to AIFMD so that we can best serve the needs of our global client base. We have worked hard to ensure that we have put the right pieces of the jigsaw in place at the right time and while it is still very much early days in terms of the implementation of AIFMD, it is very pleasing to see such strong growth in the number of funds being licensed in Guernsey.

“We can see that Guernsey closed-ended funds remain very popular and especially for alternative investments, such as renewable energy, where there were two notable London listings in the third quarter. This also corroborates anecdotal evidence from industry practitioners who are reporting a busy end to the year. This bodes very well for the Guernsey funds industry in 2014.”

Other figures from the GFSC show that the value of deposits held by banks in Guernsey fell by £5.6 billion (6.3%) during the third quarter to reach £84.1 billion at the end of September, representing a decline of £12.8 billion (13.3%) year on year. 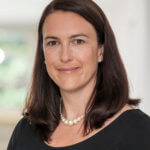