Assets managed by the world’s 500 largest fund managers rose by just over 2% in 2014 to reach a new high of $78.1trn, compared to $76.4trn the year before, according to research by global professional services company Towers Watson and Pensions and Investments, a leading U.S. investment newspaper. The Pensions & Investments/Towers Watson World 500 research shows that asset managers have added almost $30trn globally since 2004, despite growth slowing to its lowest rate in a decade.

For the first time, we have observed asset growth at the very large and smaller ends of the size spectrum, but not much in the middle,” said Brad Morrow, Towers Watson’s Americas region head of manager research. “The big, passive houses are the beneficiaries at the large end, while smaller managers are attracting a greater proportion of active mandates as they ‘resource up’ and become more competitive.”

The research reveals that in the past 10 years, the number of independently owned asset managers in the top 20 has more than doubled and now accounts for the majority, overtaking both banks and insurer-owned firms, which both declined in the same period. In 2014, there were 11 U.S.-based managers in the top 20, accounting for nearly two-thirds of all assets, with the remaining managers all being Europe-based.

“We’re in the longest period of almost uninterrupted asset growth since the research began,” said Morrow. “However, headwinds persist not only from markets and the medium-term outlook for the global economy but also regarding asset management’s perceived value proposition and its general role in society. This challenging environment presents an opportunity for innovative and adaptable investment companies to stand out, and we have seen more willingness to engage on these issues than ever before.”

According to the research, traditional assets make up almost 80% of reported assets (45% in equity, 34% in fixed income), an increase of about 12% from the previous year and now totaling over $37trn. Since 2004, assets managed by the leading passive managers have also grown, by almost 13% annually compared to around 5% annually for the top 500 managers as a whole. In 2014, assets managed by the leading passive managers grew by around 12% to reach a record high of over $15trn, up from around $4.6trn a decade ago.

“It’s hardly surprising that passive managers continue to attract institutional assets at such a rate, given the competition for diminishing returns as well as significant innovation in the passive space,” said Morrow. “We would caution investors to look very carefully at some of these passive product claims and to remember that, governance permitting, they are no substitute for real investment skill and good active management.” 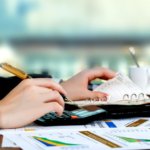