Creditors face losing more than £150m per year if the Government follows through with plans to end an exemption for insolvency litigation from the ‘Jackson’ legal aid reforms, warns an independent report commissioned by the insolvency profession.

Insolvency practitioners regularly need to take legal action to reclaim money from directors of insolvent businesses, or third parties, that should be re-directed to creditors – including HMRC and SMEs. Where there is no money left in an insolvent business to pay for legal fees, often the only way to fund legal action is to recover costs from the director in a successful case.

Without the ability to recover costs fully from a director, insolvency practitioners fear legal action to reclaim debts from directors would be unaffordable in most cases, leaving money in the hands of unscrupulous directors and out of creditors’ reach.

The Government’s plans would affect creditors’ claims of up to £300m which are pursued through the courts every year – including the pursuit of up to £70m that belongs to taxpayers and HMRC. Approximately £160m is brought back to creditors every year, an amount that insolvency practitioners say is rising.

Phillip Sykes, deputy vice-president of R3, the trade body for insolvency professionals, said: “Insolvency litigation is absolutely in the public interest, and it is absurd that the Government is considering making it all but impossible for such cases to continue. The ‘Jackson’ reforms were supposed to protect exactly this type of case.

“The Government’s only justification for ending the exemption is that it would make the ‘Jackson’ reforms consistent across the board, regardless of the consequences. It’s just lazy thinking.”

Sykes added: “Insolvency litigation returns money to creditors, and helps ensure businesses and banks remain confident about lending. It protects taxpayer funds, it stops directors making off with money that isn’t theirs, and it deters directors from even thinking about doing so in the first place.

“Should the exemption be removed, only a few large cases involving wealthy, motivated creditors would go ahead. SMEs and taxpayers would lose out – and irresponsible directors would be laughing.” 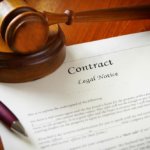