Global investment in activities that reduce the threat of climate change fell for the second year in a row from US$359bn in 2012 to US$331bn in 2013. Climate Policy Initiative’s Global Landscape of Climate Finance shows that while public sources and intermediaries contributed US$137bn, a figure largely unchanged from last year, private investment totaled US$193bn, falling by US$31bn from 2012.

The study credits the decrease in private investment largely to falling costs of solar PV, with deployment of this technology growing as investment shrinks. Solar deployment cost US$40bn less in 2013 than would have been the case with 2012’s solar investment costs. However, the situation remains grave: The International Energy Agency estimates that an additional US1.1tn in low- carbon investments is needed every year between 2011 and 2050, in the energy sector alone, to keep global temperature rise below two degree Celsius. In cumulative terms, the world is falling further and further behind its low-carbon investment goals.

Climate finance spending was split almost equally between developed (OECD) and developing (non-OECD) countries, with US$164bn and US$165bn respectively. Strikingly, almost three-quarters of all spending was domestic: It originated in the country in which it was used. Private actors had an especially strong domestic investment focus with US$174bn or 90% of their investments remaining in the country of origin. These figures illuminate a bias by private investors toward environments that are more familiar and perceived to be less risky. However, public sector money made up the vast majority of developed to developing country flows, which fell by around USD 8 billion from the previous year to between US$31 and US$37bn in 2013.

“As policymakers prepare a new global climate agreement in 2015, climate finance is a key ingredient to bring the world on a two degree Celsius pathway. Our analysis shows that global investment in a cleaner more resilient economy are decreasing and the gap between finance needed and actually delivered is growing,” said Barbara Buchner, Senior Director of Climate Policy Initiative and lead author of the study. She added, “Our numbers demonstrate that most investment is happening at the national level with investors favoring familiar environments they perceive to be less risky. This implies that domestic policy frameworks and appropriate risk coverage are critical to encourage investment. 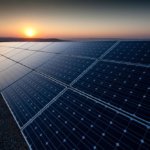