The proposal is based on the Modified Nexus Approach proposed by theOECD, which requires tax benefits to be connected directly to R&Dexpenditures, but amends these rules to address concerns expressed by some countries and seeks to address outstanding issues in relation to qualification of expenditures, grandfathering and tracking qualifying R&Dexpenditure.

The proposal is designed to bridge different views of OECD and G20 member countries on the application of the modified nexus approach. Germany and the UK will present this to the OECD Forum on Harmful Tax Practices and seek formal approval by the OECD and G20 at the January meeting of the OECD’s Committee on Fiscal Affairs.

Both Germany and the UK remain fully committed to the successful conclusion of the BEPS negotiations by the end of 2015, and to making the necessary progress on all Actions within this project in order to do so. The proposal was developed through bilateral discussions between the two countries, seeking to achieve a balance between maintaining countries’ ability to offer such regimes and preventing misuse of them.

The proposal seeks to achieve this through reinforcing the nexus approach to ensure substantial activity is undertaken in the jurisdiction offering the relief, whilst better reflecting the commercial realities of R&D investment by business. It also makes necessary provision for transitional arrangements between existing and new rules, and proposes further work to develop practical means of implementing the Modified Nexus Approach.

Announcing the proposal, Chancellor of the Exchequer George Osborne said:

“This is a great deal for Britain – we protect our vital scientific research while making sure there are international rules that stop aggressive tax avoidance. Our joint proposal balances the need to allow countries that wish to have these regimes to do so, whilst ensuring that they operate by rules that prevent abuse. This demonstrates the strength of our commitment to the BEPS project that we both helped initiate, and our determination to ensure that we conclude this by the end of 2015.”

“We have reached an important agreement on patent boxes. Preferential tax treatment of intellectual property must be dependent on substantial economic activity. More and more countries are speaking out against allowing too much leeway for large multinationals to minimise their taxes. Just because something is legal, does not mean it is fair in tax terms. Multinationals must contribute their fair share to public budgets – just like any other company has to.” 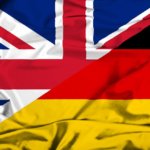