Fujitsu has announced it has appointed Michael Keegan as Head of its £1.8 billion business in the UK and Ireland. Keegan’s new role sees him take the reins from Duncan Tait, who was recently promoted to Head of EMEIA, Corporate Senior Vice President, Fujitsu Ltd.

Keegan has worked at Fujitsu for a number of years and has spent the last three and a half years leading Fujitsu’s successful Technology Products Group for the UK & Ireland. His appointment comes on the back of solid growth for Fujitsu UK & Ireland under Tait’s tenure. Having built a strong foundation and focus for the company, Tait led the company to 12 consecutive quarters of growth during his three year time in the role. Under Keegan’s leadership, the business will focus on growth in the Private Sector and Defence, as well as its strategic work in Government and driving success in its product business units.

“Michael has the breadth of commercial experience that is required to continue to drive the UK & Ireland forward,” said Duncan Tait, Head of EMEIA, CSVP, Fujitsu Ltd. “With nearly thirty years’ experience in the IT sector, and over six years leading various business units for Fujitsu UK & Ireland he has a proven ability to lead and accelerate growth.”

Keegan’s experience in the IT sector includes holding senior leadership roles at the Royal Mail Group/Post Office Ltd, Magex, MasterCard and Nat West. Since joining Fujitsu in 2006, he has worked across a number of business units, including Government. Keegan will report directly to Duncan Tait in his new role.

Keegan’s promotion to the head of the UK & Ireland forms part of a larger restructure for Fujitsu, promoting increased collaboration amongst business units as the company seeks to take advantage of growing globalisation in the ICT market. This has resulted in the creation of larger regions, all of whom report directly in to the Japanese headquarters. The UK & Ireland will become part of the EMEIA region enabling Fujitsu to serve its regional and global customers more efficiently and effectively. 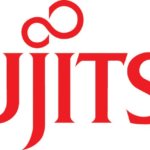