Spend on retail, hospitality and leisure is set to rocket as overseas visitors flock to the UK over the next few years, according to a new report from Barclays.

The research, independently commissioned for Barclays’ Retail and Hospitality & Leisure banking teams, reveals that spending from foreign tourists is predicted to reach over £27 billion by 2017, an increase of 34% on 2013. Rapid growth in spend among tourists from emerging economies will be further boosted by loosening visa restrictions, and overseas visitors will deliver a significant boost to the economy this year and beyond.

Visitors from the US currently spend the most in the UK, followed by France and Germany and this spending pattern will continue through to 2017. However, emerging economies such as China, the UAE and Russia are set to outstrip them in growth terms owing to the increasing wealth of consumers in these countries, in particular their growing middle-classes. The UAE and Russia are set to break into the top ten nationalities to visit the UK by 2017 and tourists from China alone will spend over £1 billion in 2017, up by 84% from 2013.

Richard Lowe, Head of Retail & Wholesale, Barclays, said: “Opportunities abound for both retailers and the leisure industry to capitalise on these growing tourist numbers and spend. Businesses putting in the time and effort to understand their client demographic and to talk to their audience through whatever channels they use, be it social media or more traditional, will carve out an advantage that will enable them to offer something more tailored for each nationality that visits our shores.

“For our retailers, it is also worth considering that British-made goods remain popular amongst overseas consumers, so it would be time well-spent evaluating how they market their products to audiences from overseas eager to snap up ‘Brand Britain’.”

The sectors that will benefit extensively from this rise in tourist spending are the retail, leisure and hospitality sectors, with both expected to boom. The retail sector is set to generate £9.3 billion from tourists in 2017, an increase of 36% from 2013. Expenditure within the fashion retail sector will increase by 38% alone, to £5.8 billion. 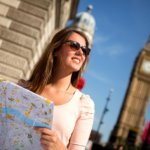