Five Ways that SMEs Can Prepare for Brexit

The very spectre of Brexit has caused shockwaves across the currency markets, so it seems likely that a ‘leave’ vote would have a significant impact on the value of sterling. According to expert Ali Steed, once of the biggest complications for SMEs would lie in sending currency overseas, thanks to an almost inevitable short-term weakening of the pound. Although this may not be the worst news for companies with little interest in overseas markets, any enterprises that deal with companies abroad, either to import or export, would certainly feel the fallout.

The solution is surprisingly simple: you need to use a currency service rather than the bank. In doing so, you’ll be able to make sizeable savings on your international money transfers, and may even be able to negotiate fixed rates for a set period of time. This will help you to plan ahead and lessen the impact on your business, leaving you clear of the current and able to strike out for the shore.

#2: Reassess Employee Contracts
EU law has played a significant role in shaping the rules and regulations that constitute employment law within our own country, and without its strictures in place, the format of current contracts could be open to amendment. Although the government may choose to preserve what is already set down, there would be no onus on it to do so, so experts suggest looking at existing documents with a Brexit in mind.

Holiday pay and rest breaks should be particular areas of focus, and you’ll need to decide whether or not you would want to amend these if changes were to be implemented on the heels on an EU exit. Although your existing contracts would have to remain unchanged, as this is what both parties have agreed to, this could offer some room for manoeuvre in the event of employing new members of staff.

Furthermore, you will need to ensure that any non-British workers would be legally permitted to remain within your employ should the country vote to leave. It may be worth talking over these issues with any members of staff concerned, and forewarning them if you feel it likely that a visa or work permit may become necessary. Alternatively, if you feel it unlikely that they would be able to remain in their positions, you may want to consider how you would fill their job roles in the event of their departure from your company.

#3: Start to Budget
The likelihood is that a vote to leave the European Union would cause significant financial upheaval for many British businesses, at least in the short-term. This would likely necessitate a reduction in expenditure, and it can be handy to see where you can cut costs in advance of the event itself. Even if such measures prove redundant, you’ll still have minimised your outlay and increased profitability, so you have little to lose by reviewing your spending.

So where should you start? Your energy bills ought to be an early point of focus, and you may find that you can save a sizeable amount simply by changing your provider. On top of this, it may be a good time to review your insurance policy, and to look at whether a new supplier could offer you more competitive terms than your current one. Although these actions may prove time consuming, the more money you save, the stronger the position you’ll be in if uncertainty reigns.

#4: Communicate with Your Overseas Clients
Planning ahead is part of running a successful business, but when uncertainty looms, its importance escalates. If we are to leave the European Union, this could have extensive implications for your relationships with overseas clients, and it’s important to talk over how this might affect you, and how its impact could be lessened.

Open communication is key, and rather than burying your head in the sand, you need to consider the import and export complications that would be caused by a departure. Only by discussing this will you be able to solidify supply chains in advance, so take the time to explore the potential problems that may be caused, and how you and your clients or suppliers can best work around them. This may include forward contracts to ‘fix’ current exchange rates for a period of a year or so, helping to clarify where each of you will stand despite the pervasive uncertainty that surrounds you.

#5: Start to Look Beyond the EU
International trade can be essential to SMEs with growth on their minds, but it needn’t all be tied up with the EU. There are hundreds of countries whose markets you could tap into, and if relations between existing partners become muddied by the after-effects of a departure, it’s handy to have a diverse client base in place to fall back on. This means that now might be the ideal time to start expanding your horizons.

As expert Martin Campbell explains: “If the UK does vote for Brexit, then trading with the EU will become harder. Small British businesses will have to develop new markets and opportunities.”

Whatever the outcome of June’s referendum, the only thing we can reliably predict is that it will have consequences. How greatly they affect you, however, is down to you, and so we’ve given you the tools to stand firm against whatever the future holds. Will you choose to use them? 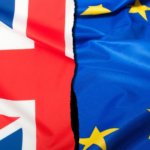