Financial Services Industry “Out of Step With FCA Phone Regulations”

Research from call compliance specialist TeleWare, who sponsored the paper, estimates that as many as 45,000 mobile devices are at risk of non-compliance. This is far higher than the 25,000 often cited by the industry.

In 2012, TeleWare found that almost half of UK organisations didn’t have a fully compliant solution in place. This new report has found that two years down the line, non-compliance is still an issue and that the majority of impacted businesses continue to operate without effective measures in place.

A large number of organisations rely on simply imposing policies to prevent use of mobile devices for conversations which would fall under the regulations, but this approach is largely ineffectual, Ovum argues.

Steve Haworth, CEO of TeleWare, said: “This approach may be technically compliant, but is short-termist at best and unworkable at scale. Technical solutions, rather than policies, provide the most effective method of ensuring compliance without hamstringing employees.”

The exact scope of the regulation – including which companies are implicated and which of their operations and activities on mobile devices need to be recorded – has caused much confusion, despite the regulation coming into force in 2011.

“Some firms still believe they are altogether exempt and as a result are making no effort to comply. What is clear, however, is that all asset classes and instruments are included in the regulation, as are all sizes of buy- and sell-side firms. As for what needs to be recorded, the original wording states that ‘any relevant conversation’ should be recorded and stored, which is an extensive and highly inclusive statement”, added Rik Turner, senior analyst at Ovum. 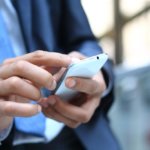