The UK’s financial services firms saw another rise in business volumes in the three months to June, and optimism continued to pick up across the sector, according to the latest CBI/PwC survey.

The survey of 98 firms revealed that business volumes rose across many industry sub-sectors, with the exception of finance houses and parts of the insurance industry. However, overall profitability fell unexpectedly after six quarters of robust rises, with pricing power under pressure and costs rising in many sub-sectors. At the same time, employment was scaled back.

But looking ahead to the next quarter, financial services firms expect business volumes to grow at a solid pace, profitability to rebound, and numbers employed to increase slightly.

Firms’ confidence in the longer-term outlook is underlined by plans to invest more in marketing and IT over the year ahead. The most important elements in firms’ growth strategies in the next three months are attracting new customers and cross-selling to existing ones. For the year ahead there are several areas of focus: among them, improvements to sales & distribution and customer relationship management.

Respondents highlighted the increased regulatory burden and inadequate systems capacity to meet demand as factors likely to limit their business over the next year.

Matthew Fell, CBI Director for Competitive Markets, said: “Despite a surprise fall in profitability, financial services firms are upbeat about their prospects, with business volumes rising across most sectors.

“Firms are focusing on two key strategies for growth in the near-term: finding ways to retain existing customers, by offering them more products and services, and investing in marketing, sales and distribution to attract new customers.

“But the sector is still facing a number of significant challenges. The adverse impact of regulation on business expansion has crept up the agenda and concerns about the ability of firms’ business systems to cope with new demand has risen to its highest level in thirteen years.”

Respondents to the survey indicated that headcount fell in the quarter to June, with a slight rise expected next quarter. On the basis of ONS data, employment in the financial services sector is forecast to stand at around 1,132 by the end of Q3 2014, almost 13,000 higher than a year earlier. This would leave employment 79,000 lower than its peak in Q4 2008, but 35,000 above the trough in Q1 2010, implying that just under one third of the ground lost during crisis will have been recovered. 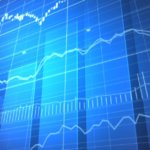