The Chancellor of the Exchequer, the Rt Hon George Osborne MP, commented:

“Andrew Bailey is the outstanding candidate to be the next Chief Executive of the Financial Conduct Authority, and I am delighted that he has agreed to lead it.

“We have cast the net far and wide for this crucial appointment and, having led the Bank of England’s response to the financial crisis, Andrew is simply the most respected, most experienced and most qualified person in the world to do the job.

“His appointment is an important next step in the establishment of the FCA as a strong regulator, independent of government and industry.

“The government is determined that the financial sector operates to the highest standards. Anyone who has dealt with Andrew knows he will be tough but fair, and understands the flaws and merits of the sector better than anyone.

“Simply, I am confident that he will ensure that our financial services industry is the best regulated in the world.

“He has already done a superb job at the Prudential Regulation Authority; where he has shown how effective he is as a leader, able to build strong relationships and use his fine judgment to steer the PRA through its formative years.

“I would also like to thank Tracey McDermott for the excellent job she has done in leading the FCA in this interim period. Her experience, dedication and professionalism have been greatly appreciated.”
Chairman of the Financial Conduct Authority, John Griffiths-Jones added:

“I am delighted that Andrew has been appointed as the new Chief Executive. He brings unrivalled regulatory experience, a proven track record and an excellent reputation in the UK and internationally. Having been an FCA Board member since 2013 he has been fully engaged with all the regulatory issues that we have faced in recent years and in setting our strategy for the future.

“I look forward to working with Andrew. He has done a great job at the PRA and he will build on the work the FCA has done over the last three years as a strong, independent regulator.

“I would also like to thank Tracey McDermott for the excellent job she has been doing as the Acting CEO and for agreeing to remain in post until Andrew starts.”

The government has also announced the appointments of Ruth Kelly, Bradley Fried, Baroness Hogg, and Tom Wright as Non-Executive Directors of the FCA today. 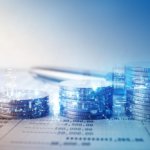