“By freezing the regional rate in real terms for the sixth year in a row, the Executive has aimed to strike a balance between the needs of ratepayers during challenging economic times, and ensuring that public finances are sufficient to cover the priorities we have set ourselves.

“The rating system provides significant revenue for Northern Ireland each year, supplementing expenditure on our hospitals, roads, schools and other essential public services. In the next financial year, the domestic and non-domestic regional rate will raise in the region of £678million, which will go towards these vital services.”

“The real terms freeze in the regional rate alongside other measures taken by the Executive to alleviate some of the burden of rates, represents the best that we can do to balance the interests of both ratepayers and the demands of public expenditure.

“Keeping a lid on rate increases is something we can be proud of. Indeed, household rate bills in Northern Ireland remain the lowest in the UK by some considerable margin and this is testament to the Executive delivering for the people of Northern Ireland.”

The regional rate represents just over half of the typical bill; the other half being made up of district rates, which are set independently by the district councils.

Following agreement by the Assembly, the Minister also announced the extension to two popular rate relief schemes – exemption for ATMs in rural areas and the empty shops concession.

The ATM exemption scheme was introduced with the objective of encouraging and sustaining the provision of ATMs in rural area.

“ATMs play an important role in the sustainability of rural economies. In fact, research has shown that for every £10 withdrawn from one of these cash machines, almost two thirds is likely to be spent locally.

“We can all appreciate the difficulties that would be encountered in these communities from any measure that could lead to a reduction in the number of ATMs. By extending the scheme we can help to ensure that ATMs are retained in rural areas, providing greater access and support to these communities.”

The empty shops rates concession provides a one-year subsidy for new ventures occupying property that has been vacant for a year or more.

“This scheme makes a real difference to new business start-ups and has now helped over 530 new ventures get up and running across Northern Ireland. It has helped bring previously disused properties in our town centres and arterial routes back in to use, helping to regenerate our high streets.

“By extending the scheme, we can help ensure that more empty commercial properties are brought back into use, improving the economic performance of our towns and creating jobs in communities right across Northern Ireland.” 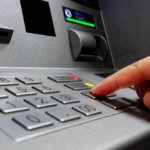