FCA to Give Firms Regulatory Help

Innovative firms, particularly smaller start-ups, will be offered the chance to work with the Financial Conduct Authority (FCA) whilst they develop new technologies and approaches to ensure they are compliant with regulations from the moment they go live, says FCA chief-executive Martin Wheatley.

Speaking at the London office of Bloomberg, the financial media company, Wheatley said the initiative, Project Innovate, was designed to ensure that the regulatory environment supported innovation in the market and was not seen a as a barrier. Wheatley said he also wanted a situation where regulators were keeping pace with technological advancement and not playing catch up.

Wheatley said that given London’s position as a European leader in the development of financial technology it was vital that the FCA took an open approach which would benefit firms and consumers.

Wheatley said: “It’s an imperative for regulators to be standing on the right side of progress. And this is one of the reasons why the FCA has launched Project Innovate.

“A key objective of the programme is to make sure that positive developments, the ones that promise to improve the lives of consumers or clients, are supported by the regulatory environment. In other words, we want an FCA that creates room for the brightest and most innovative companies to enter the sector.

“So, priority areas here might include the likes of mobile banking, online investment or money transfer, where we’re seeing innovations such as apps that allow you to take a picture of a bill and make payments with a tap of the smartphone. The possibilities opening up are extraordinary – and it’s clearly important they can be developed in the UK.

“To help this happen, the FCA is opening its doors to financial service firms (large and small) who are developing innovative approaches that aren’t explicitly addressed by current regulation – or where the guidance may be ambivalent.

“This engagement has already begun with a number of start-ups, as well as organisations like Tech City and Level 39, coming to talk to the FCA.

“Following on from this, we will be pulling together a scoping document exploring how innovation can be supported more effectively. That paper will focus on FCA expectations of firms, as well as specifics around advice and support for businesses bringing new models of financial service to market.

“In the meantime, we’ve already opened a hub in our policy team, which is pulling together FCA expertise to support innovators in two distinct ways.

“First, by providing help to firms developing new models or products advice on compliance so navigating the regulatory system. Second, by looking for areas where the system itself needs to adapt to new technology or broader change – rather than the other way round.”

“On top of this, we’ve also launched an incubator to support innovative, small financial businesses ready themselves for regulatory authorisation.” 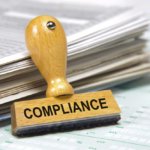