Excessive Charges for Accessing a Pension pot Early will End

Speaking at Treasury Oral questions in the House of Commons, the Chancellor George Osborne said:

“The pension freedoms we’ve introduced have been widely welcomed, but we know that nearly 700,000 people who are eligible face some sort of early exit charge.The government isn’t prepared to stand by and see people either ripped off or blocked from accessing their own money by excessive charges.

“We’ve listened to the concerns and the newspaper campaigns that have been run and today we’re announcing that we will change the law to place a duty on the Financial Conduct Authority to cap excessive early exit charges for pension savers.

“We’re determined that people who’ve done the right thing and saved responsibly are able to access their pensions fairly.”

The new duty, introduced through legislation, will form part of the response to the government’s Pension Transfers and Exit Charges consultation, and will help people take full advantage of the new flexibilities.

FCA data collected through the consultation showed that nearly 700,000 (16%) customers in contract-based schemes who are able to flexibly access their pension could face some sort of early exit charge, including a significant minority who faced charges that were high enough that the government consider that they effectively put them off accessing their pension flexibly.

The new pension freedoms, which came into effect on 6 April 2015, represent the most significant pension reforms for a generation. They allow people who have worked hard and saved all their lives to access their savings how and when they want.

So far almost 400,000 pension pots have been accessed flexibly under the new freedoms with many providers offering their customers a range of options. 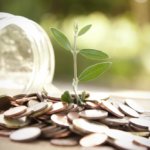