The drop in designated MFSPs may reflect the further growth of ‘commoditised’ financial services in the past year, as more people use online banking, accessed increasingly by smartphones and tablets.

More people may regard their personal current account akin to a payments utility, and less a product gateway, following pressure by government, industry regulators and consumer bodies, keen to break the dominant position of the high street banks and generate greater competition.

Among the near 44 million people with a designated MFSP, the top ten brands have an 83% share of consumers, down from 85% in Q1 and 86% in Q2 2013. With the separation of TSB from Lloyds Bank brand, the latter has been replaced in the past 2 quarters as the leading MFSP by Barclays. TSB has established a consistent 3.5% share in the past 2 quarters.

The challenger banks with current accounts have made little impact to date as MFSPs. Tesco Bank, M&S Bank, Virgin Money and the Post Office have just 1.1% market share combined.

Where there is strong competition is at a regional level and this is perhaps where new challenger brands, with branch networks may be better placed to succeed.

The focus on current accounts is because of its gateway to other financial products. The Q2 JGFR/GfK Financial Activity Barometer shows the demand across 18 categories of saving, investment and borrowing products; by cross-analysis with the customers of the respective MFSP brands the Barometer shows the importance of an active customer base on revenue generation.

Such activity will partly reflect the financial position of customers, with HSBC and Nationwide having the greatest proportions of customer households currently saving. By contrast the newly floated TSB has a less active customer base and will need to recruit more financially active customers.

Among key market segments, Barclays and HSBC compete strongly for the under 30’s; HSBC is leader among graduates, both in market share and as a proportion of its customer base (48%). Not surprisingly it is leader among higher earners (£50,000+).

Barclays is the market leader among the over 50s, retired and among outright owners. By intending product activity, in the competitive, yet attractive revenue producing mortgage and credit card markets, Barclays is market leader. Halifax is leader in the personal loan market and has the highest proportion of customers intending borrowing by credit card.

Research for the 2014 JGFR/ComPeer Financial DIY Report highlights the growing debate surrounding the onset of digital banking. The majority of people use an omni (mix) of channel approach with online dominating. Around 4 in 10 cite visiting a branch, well down on over a half two years ago. There is still a people factor in financial services with around 1 in 5 citing the use of a named relationship manager / adviser.

With more challenger banks offering current accounts and becoming potential MFSP’s, the Q2 Banking Barometer asked about the relative attraction of branch-based and digital banks. There would appear an appetite for change among the public in banking arrangements. Some 22 million adults (42% of the population) responded positively to new branch-based banks rather than a digital bank, which is likely to be more niche in its appeal. Interestingly students (52%) are among the most supportive segment of the statement. For many people there would seem to be the need for a human face to a digital bank.

For a minority of the public (14%) access to finance through a Visa / Mastercard or PayPal account is more important than a bank account. This figure has changed little in the past 3 years.

With increasing focus on the role of corporate and social responsibility among businesses, branch based banks are viewed by the public as having a much greater social and community impact. An example is firstdirect. The bank scores very highly in surveys surrounding its customer focus, but is well behind (8%) the major branch based banks (19% – 49%) in how customers view its social and community presence.

Overall 28% of the public believed their MFSP to be very involved in charitable and socially responsible activities, with the leading MFSP brands falling into two divisions; a Premier Division with brands taking over 35% support and a second division with below average levels.

“There is great change taking place in the current account market as a combination of technology, competition and regulation bring about greater switching opportunities. The major high street brands will do well to maintain their MFSP market shares in the face of growing commoditisation of the current account market. The attraction of new branch based organisations with a regional aspect, and prepared to support local communities and be socially responsible, may well be the preferred model of the public.” 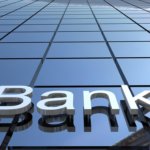