This is marginally down from the previous month’s surplus of EUR 23.6 billion but up from the 16.3 billion surplus achieved in November 2013.The year-on-year improvement of the trade balance seen in 2014 was partly driven by increasing exports to China, which were up by 11% over the year to October 2014 compared to the same period a year ago. A lower value of imports due to a fall in oil prices also helped widen the surplus, offsetting the effect of a reduction in exports to Russia. The UK remained the Eurozone’s biggest trading partner, closely followed by the US and after that China. Germany continued to be the Eurozone member with the biggest trade surplus (€183.6 billion in the period of January to October 2014), while the UK has the highest trade deficit in the entire European Union running at €114.5 billion over the same period. Greece, Spain, and France on the other hand continued to post trade deficits.

While it is welcome news that exports are strengthening and that the value of imports is falling, it is hardly a time to cheer given the Eurozone’s overall condition. The currency bloc is struggling to grow (yesterday’s data showed that industrial production was broadly stagnant in November) and has slipped into deflation according to the latest data for November 2014. Unlike the UK, where weaker price growth is welcome for consumers as it is chiefly driven by falls in the prices of essentials such as food and energy, deflation in the Eurozone is much more of a worry. On top of the similar positive forces at work in the UK, deflation in the Eurozone also reflects underlying weak demand, the product of many years of an austerity remedy to treat economic crisis in the periphery and reduce debt. As if all this was not enough, political uncertainty is at record levels given the close race for Greece’s upcoming elections and the resignation of Italy’s President Giorgio Napolitano.

The currency bloc thus finds itself at a critical juncture. On the one hand, the evidence against the policies of austerity that have been implemented in the periphery in the aftermath of the crisis has been overwhelming. Unemployment in Greece for example has doubled from an average of 13% in 2010 to 26% in October 2014 and the size of the economy has been reduced by a quarter. Debt’s share of GDP is now even higher than at the beginning of the crisis. Given all this a continuation of the current austerity course rather resembles the choice of prolonging the pain, similar to and potentially worse than Japan’s “lost decade”. On the other hand, a breakup of the Union starting with a Grexit would also be catastrophic and Cebr judges that the risks to the rest of the Eurozone will be much higher than many politicians and the media consensus dare to admit.

With this in mind, all eyes are now on the ECB to do whatever it takes and create a third way out of this dismal dilemma. Yesterday’s preliminary decision by the European Court of Justice (ECJ) sets the scene for Quantitative Easing as it removes weight from Germany’s opposition on legal grounds. The key question is whether negotiations between Greece and its creditors will be concluded in time for the country to be included in the ECB’s purchases, if and when these happen. 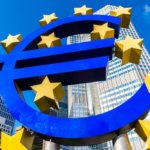