The unemployment rate across the Eurozone remained unchanged in May from April’s figure of 11.6%, according to data released by Eurostat. This follows data showing that annual consumer price inflation across the currency bloc stood at 0.5% for the second consecutive month.

The preliminary “flash” estimate of inflation released yesterday morning suggested that the largest upward pressure on prices in June arose from inflation in services (including housing, transport, communication and financial services). Offsetting this were falling food, alcohol and tobacco prices that declined by 0.2% in the year to June. June was the ninth consecutive month that inflation has been below 1.0% – referred to by Mario Draghi as “the danger zone”. While the European Central Bank (ECB) doesn’t expect deflation, it is worried about low inflation, which spurred it into cutting the Bank’s refinancing rate by ten basis points from 0.25% to 0.15% and lowering the deposit rate into negative territory.

However, this rate cut might be too little too late as roughly 18.5 million people were unemployed in May within the currency bloc. The prevalence of joblessness across the Eurozone is diverse, with countries such as Austria and Denmark recording a 4.7% and 5.1% unemployment rate for May, respectively, compared to Spain which suffered with 25.1%. More than one in every two Spaniards younger than 25 are unemployed.

Given that the ECB markedly changed monetary policy last month it is unlikely that any further revisions will be made when the Governing Council of the ECB release their rates decision on Thursday this week. However, further worries over the momentum of the economic recovery are represented by the latest Purchasing Managers’ Index (PMI) for the Eurozone, which fell to 51.8 in June. This is the lowest level since November but still above 50, the figure that denotes growth, slowing momentum could spur the ECB into action once again. Cebr believes that further interest rate cuts would have a minimal impact on the Eurozone’s economic outlook. More successful policies should come from the countries within the single currency union, which need to address the underlying problem of a lack of competitiveness. 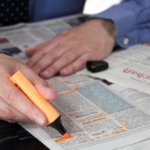