Eurozone Growth Slams to a Halt

Eurostat figures have shown a 0.0% growth, with both Germany and France, the biggest economies in the zone, performing far below expectations.

There was worse news for Italy, the third largest economy, as it fell back into recession.

Meanwhile, the annual inflation rate in Europe slumped to just 0.4% for July – the lowest the rate has been for five years.

There are now growing fears as to how far reaching the sanctions imposed on and by Russia will have for the second half of the year.

In particular, there are fears over the future for France and, though the German economy is facing a challenging environment too, it is thought to be much more robust than the French economy.

Many economists are likely to now ramp up the pressure on the European Central Bank to introduce a round of quantitative easing. Many other central banks, including The Bank of England, have taken such action.

There was better news from Portugal and Spain however, with both countries on the Iberian Peninsula seeing a 0.6% growth. 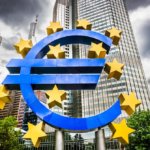