In the context of elections on 4 October 2015, Portugal did not submit a DBP on time by 15 October, but only on 22 January 2016. A preliminary analysis identified a serious risk of non-compliance with budgetary policy obligations and, in line with the rules, the Commission asked the Portuguese government to clarify outstanding issues.

Taking into account a) the Draft Budgetary Plan, b) further structural consolidation measures announced by Portugal on 5 February as well as c) additional information regarding the 2015 baseline, the structural effort planned by the Portuguese authorities for 2016 is now estimated to be between 0.1% and 0.2% of GDP.

“Following intense technical and political contacts, the Commission did not have to request a revised draft budgetary plan from the Portuguese authorities. Nevertheless, the government’s plans are at risk of non-compliance with the rules of the Stability and Growth Pact. The Portuguese Government is invited to take the necessary steps to ensure that the 2016 budget is compliant. In spring, the Commission will reassess Portugal’s compliance with its obligations under the Stability and Growth Pact, including under the Excessive Deficit Procedure.”

“This is a good outcome for all concerned: Portugal, the Commission and the euro area. Without having had to request a revised draft budgetary plan, a constructive dialogue has led to additional measures worth up to €845 million, which will help safeguard the soundness of Portugal’s public finances. The reassuring message to investors today is: the EU’s fiscal framework is robust and the Commission welcomes Portugal’s reaffirmed commitment to it. At the same time, the risk of non-compliance remains and we will continue to monitor developments in the coming months as part of the ongoing Excessive Deficit Procedure.”

Portugal has been in the corrective arm of the Stability and Growth Pact since December 2009 and was asked to correct its excessive deficit by 2015, i.e. to bring the deficit to below 3% of GDP by 2015. For 2016, the Council recommended that Portugal make a fiscal adjustment of 0.6% of GDP towards the medium-term objective. According to Portugal’s DBP and the Commission’s winter forecast, the general government deficit is expected to have been 4.2% in 2015.
Source: European Union. 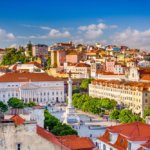