The Eurasian LPG market is segmented on the basis of different applications. Eurasia has lower average annual temperatures; hence, in order to keep homes warm during the winter, the Europeans use different heating mediums. LPG is a better fuel for such applications, as it burns without generating smoke. Hence, in Eurasia, the residential/commercial application of LPG is mostly driven by the use of LPG for heating applications.

As of 2014, the Eurasian liquefied petroleum gas market was dominated by Gazprom, Exxon Mobil, Royal Dutch Shell, BP Plc, and Total S.A. Of these, Gazprom has the highest market share in Eurasia. New product launches and partnerships, agreements, collaborations, and joint ventures are the major strategies adopted by most of the market players to boost the market growth. 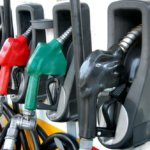