A Crypto Victory and Defeat in March 2022

The European Parliament voted in mid-March 2022 to reject the amendment to the Markets in Crypto-Assets legislation that would ban cryptocurrencies and crypto transactions that use the Proof of Work (PoW) consensus algorithm. For crypto enthusiasts, the joy and relief brought by that victory was short-lived. At the end of March 2022, a European committee voted to strip crypto wallets, custodial and non-custodial, of their privacy. Furthermore, since MICA has 126 provisions related to cryptocurrency and crypto transactions, it is likely that the fight to keep the crypto sphere in alignment with Satoshi Nakamoto’s dream of democratic wealth creation has only just begun.

The ban on PoW-based cryptocurrencies and crypto transactions would have effectively banned the legacy tokens, Bitcoin and Ether, in Europe. Bitcoin cannot switch to the less energy-intensive Proof of Stake (PoS) consensus algorithm, which is used by some of the most environmentally friendly cryptocurrencies. On the other hand, Ethereum is in the process of switching to the less energy intensive PoS consensus, but some parts of its operations must remain powered by PoW. Therefore, Bitcoin, Ether, and their associated blockchains would have been unable to operate in the European Union and interact with any other crypto technologies approved for operation in the EU.

PoW-Based Crypto Activities Are Environmentally UnsustainableBeing environmentally unfriendly and unsustainable are the most oft-cited arguments used to justify banning PoW-based crypto technology. Critics argue that the energy-guzzling PoW process has a significant negative impact on the environment, uses more energy than many small nations, and is environmentally unsustainable. The crypto world has responded by developing renewable energy sources to power its crypto mining. In addition, it has begun to repurpose the energy (i.e., heat) generated during the mining process in ways beneficial for society (e.g., using the generated heat to heat/warm small greenhouses for farmers). Yet, crypto firms are still assailed by critics who fear that the renewable energy being created to power crypto operations will be preferentially provided to crypto operations instead of used for public consumption. In short, it is clear that any solutions put forth by crypto firms will not be enough to satisfy critics who want to regulate or have some say in how the crypto firms operate.

Voting to strip crypto wallets of their privacy was pushed for three major reasons. The first was that it has been argued that cryptocurrency and the blockchain are being used to conduct illegal transactions and fund terrorism. Secondly, blockchains are not in compliance with General Data Protection Regulation (GDPR) laws. The third is that crypto transactions do not comply with the Know Your Customer (KYC) and Anti-Money Laundering (AML) financial regulations that govern wire transactions. Let’s examine more closely the reasons for unmasking anonymous crypto transactions.

Straw Man Arguments: Illegal Transactions, Funding Terrorism, AML, and KYCIt cannot be denied that some people and businesses are using cryptocurrency and blockchain technology to conduct illegal activities/transactions and possibly fund terrorism. The industry argues that, at most, it amounts to 0.5% of all crypto transactions. Politicians and the financial sector, however, argue that it’s likely much more than that. The biggest weakness in the position of those who want crypto wallets stripped of privacy is that they have no evidence to support their position. Their argument, namely that after crypto wallet owners and their financial transactions are made available for examination they will have the evidence to support their position, is pure conjecture. Forcing blockchains and centralized crypto exchanges (CEXs) to identify and verify the owners of the wallets that perform transactions on their blockchain (many of whom engage in high-frequency trading using copy trading bots) and report all of their transactions only strips the wallet owners of their privacy, a valued aspect of crypto transactions, and invites the government into their private financial affairs.

Still, crypto firms have found at least one way for parties in a transaction to perform KYC and AML procedures without involving the government. This solution is not considered acceptable because there is no government oversight of it and outside agencies cannot amass data on them and study it. Arguably, it is as reliable as the government investigating itself. If that is acceptable, why would blockchains and transacting parties policing their transactions not be acceptable? At the other end of the spectrum are a handful of crypto exchanges without KYC.

Blockchains Fail to Comply with GDPR
The remaining argument that blockchain technology does not comply with GDPR, while correct, overlooks the fact that the GDPR was written for Web 2.0. It is inappropriate to try and force Web 3.0 to be in compliance with legislation created to govern Web 2.0 technology. There are vast differences between Web 2.0 and 3.0. As usual, the laws governing the technology lag behind its development because lawmakers have to understand the problems a technology creates (or may create) before they pass legislation on it. There are ways to bring blockchain and Web 3.0 tech into compliance with most of the GDPR articles, but not all of them (e.g., the right to be forgotten, erasure and rectification of information). Why? Blockchains are considered secure and trustworthy because they have immutable records that are strung together in a ‘chain’ that makes it almost impossible to alter the records after they have been created and recorded on the blockchain. The EU’s proposal that the blockchain permit various wallet owners to alter the blockchain’s records that have information pertaining to their blockchain activities undermines the blockchain itself and renders it as reliable as accounting records maintained on a computer. Though, apart from the GDPR, the EU is quite friendly to blockchain technology in general.

Government’s Want to Tax and Regulate the Crypto Sphere

Based on the crypto-related legislation being introduced by the EU, USA, and India, it is clear that crypto enthusiasts cannot breathe a sigh of relief, relax, or take their current situation in the crypto world for granted. Given the work being done to unmask crypto transactions, crypto wallet owners, and amass data on crypto transactions, it is more likely that this is the beginning of government taxation of and interference in the crypto world. 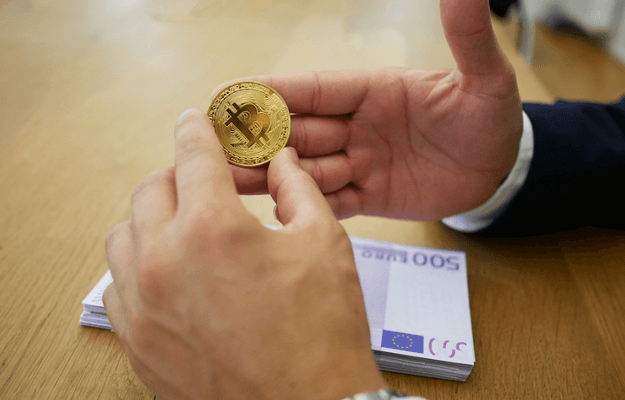 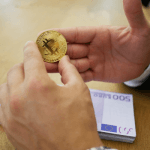