Confidence amongst Italian CEOs bounced back in the first quarter of 2015, following continued low commodity prices and the European Central Bank’s significant quantitative easing package. The YPO Global Pulse Confidence Index for Italy rose 5.3 points to 61.6, its highest level for a year.

Confidence rose in all three key indicators within the survey, with Italian CEOs reporting that they expected to increase revenue, headcount and fixed investment in the 12 months to come.

Across the European Union, CEOs remained positive about the prospects for their organisations and the wider business environment. The YPO Global Pulse Confidence Index for the EU climbed 1.3 points to 62.5, matching the record high that it achieved in the second quarter of 2014.

For the first time in the Global Pulse Index’s six-year history, EU confidence is now higher than the global composite level of 61.5, and only marginally below the world’s two most optimistic regions, Asia, which landed at 63.6, and the United States, which came in at 63.3.

“The results indicate that Italy is receiving a timely boost in economic confidence, after a challenging few years in Europe, following favorable economic policies, low fuel prices and the continued devaluation of the euro,” said Federico Grom, founder and CEO of Grom and a member of the YPO Italy Chapter. “Business leaders in Italy will likely remain cautious throughout the next year, aware of the many threats to sustained economic growth.”

The YPO Global Pulse Confidence Index declined 1.0 point in the April 2015 survey to 61.5 from 62.5. The global index continued to track closely to its peak level for the cycle, but growth prospects around the world were increasingly uneven. While confidence rose in Asia and the European Union and remained high in the United States, the indices for Latin America and non-EU Europe both tumbled to 52.4, their lowest levels since the YPO survey began.

Italian business leaders positive about short-term business climate: Two-thirds of Italian CEOs expected the business and economic conditions affecting their organisations to improve in the next six months, with the other third predicting that conditions will remain the same.

Looking ahead 12 months, Italian business leaders were more conservative. Twenty percent indicated they expected to increase their headcounts within the year; 40% indicated increasing capital spending during the same time period.

Confidence levels converge across region: In first quarter 2015, confidence levels evened out across the major European economies, as many countries that had experienced extremely fragile levels of confidence over the past few quarters bounced back. France jumped 9.1 points to 61.2, its highest level since the second quarter of 2011, Greece climbed 8.1 points to 58.8, and Germany gained 2.6 points, landing at 60.8, its highest level since the final quarter of 2010.

In contrast, with its forthcoming national elections in the balance, confidence in the United Kingdom remained almost unchanged, edging up by just 0.1 point to 68.7, still in firmly optimistic territory.

The quarterly electronic survey, conducted in the first two weeks of April, gathered answers from 2,211 chief executive officers across the globe. Visit www.ypo.org/globalpulse for more information about the survey methodology and results from around the world.

YPO (Young Presidents’ Organization) is a not-for-profit, global network of young chief executives connected through the shared mission of becoming Better Leaders Through Education and Idea ExchangeTM. Founded in 1950, YPO today provides 22,000 peers and their families in more than 125 countries with access to unique experiences, extraordinary educational resources, access to alliances with leading institutions, and participation in specialised networks to support their business, community and personal leadership. Altogether, YPO member-run companies employ more than 15 million people around the world and generate US$6 trillion in annual revenues. For more information, visit www.ypo.org. 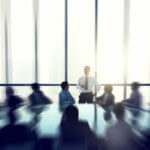