The process of mulching, weeding and planting every spring is a ritual for homeowners. Not many realize, however, that every time they use a credit card to pay their landscapers, banks get a windfall: as much as 4 percent of every payment, far more than it costs the bank to process the transaction. These swipe fees push prices up and cost an average family hundreds of dollars a year, so credit card companies like to keep them hidden from consumers.

The banks also keep their fees hidden from merchants. There is no way a merchant can know how high the swipe fee is on any given card, so the costs of swipe fees are just as unpredictable as the weather, a problem especially concerning for small businesses.

Improvements in technology and increases in volume have lowered the banks’ cost of processing purchases with cards to a few pennies. For debit cards, the cost is only 4 cents, but banks charge merchants 25 cents– a 500 percent markup. For credit cards, the margins can be as high as 10,000 percent.

In comparison, landscaping companies earned an average 10% profit in 2013, according to a Lawn and Landscape Magazine State of the Industry survey.

According to Statista, an online statistics company, the landscaping industry generated about $71 billion in revenues in 2013. If every client paid their landscaper with a credit card, the banks and card companies could have collected as much as $2.84 billion in fees on these payments alone.

Homeowners who participated in 2013 Consumer Spending survey by PLANET, the national trade association representing landscape and lawn care industry, reported spending on average $600 a year on professional lawn care services like mowing, edging and leaf clean-up. This means banks walked away with as much as $24 from each manicured lawn.

The card companies dominate the payment industry and set swipe fees for the banks issuing the cards. But, there’s no question about this: A federal judge recently ruled in a Justice Department case against American Express that card companies charge merchants unfairly high fees and hurt consumers when merchants are forced to pass those costs to them in higher prices.

Yet accepting credit cards is a must for retailers, so they are stuck with these high fees.

“Businesses in America operate in a free market system driven by competition. The card payments industry, where banks and powerful credit card companies are fixing inflated rates, seems to be the only exception,” said Doug Kantor, counsel to the MPC. 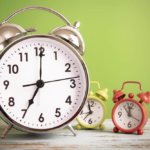