Cybercrime Incidents on the Rise

The number of reported information security incidents around the world rose 48% to 42.8 million, the equivalent of 117,339 attacks per day, according to The Global State of Information Security® Survey 2015, released by PwC in conjunction with CIO and CSO magazines. Detected security incidents have increased 66% year-over-year since 2009, the survey data indicates.

“It’s not surprising that reported security breach incidents and the associated financial impact continue to rise year-over-year,” said David Burg, PwC’s Global and US Advisory Cybersecurity Leader. “However, the actual magnitude of these breaches is much higher when considering the nature of detection and reporting of these incidents.”

As security incidents become more frequent, the associated costs of managing and mitigating breaches are also increasing. Globally, the estimated reported average financial loss from cybersecurity incidents was US$2.7m – a 34% increase over 2013. Big losses have been more common this year as organisations reporting financial hits in excess of US$20m nearly doubled.

But despite elevated concerns, the survey found that global information security budgets actually decreased four% compared with 2013. Security spending as a percentage of IT budget has remained stalled at 4% or less for the past five years.

“Large companies have been more likely targets for threat actors since they offer more valuable information, and thus detect more incidents,” said Bob Bragdon, publisher of CSO. “However, as large companies implement more effective security measures, threat actors are increasing their assaults on middle-tier companies. Unfortunately, these organisations may not yet have security practices in place to match the efficiency of large companies.”

Insiders have become the most-cited culprits of cybercrime – but in many cases, they unwittingly compromise data through loss of mobile devices or targeted phishing schemes. Respondents said incidents caused by current employees increased 10%, while those attributed to current and former service providers, consultants and contractors rose 15% and 17%, respectively. “Many organisations often handle the consequences of insider cybercrime internally instead of involving law enforcement or legal charges. In doing so, they may leave other organisations vulnerable if they hire these employees in the future,” added Bragdon.

Meanwhile, high profile attacks by nation-states, organised crime and competitors are among the least frequent incidents, yet the fastest-growing cyber threats. This year, respondents who reported a cyber-attack by nation-states increased 86% – and those incidents are also most likely under-reported. The survey also found a striking 64% increase in security incidents attributed to competitors, some of whom may be backed by nation-states.

Effective security awareness requires top-down commitment and communication, a tactic that the survey finds is often lacking across organisations. Only 49% of respondents say their organisation has a cross-organisational team that regularly convenes to discuss, coordinate, and communicate information security issues.

PwC notes that it is critical for companies to focus on rapid detection of security intrusions and to have an effective, timely response. Given today’s interconnected business ecosystem, it is just as important to establish policies and processes regarding third parties that interact with the business.

“Cyber risks will never be completely eliminated, and with the rising tide of cybercrime, organisations must remain vigilant and agile in the face of a constantly evolving landscape,” said PwC’s Burg. “Organisations must shift from security that focuses on prevention and controls, to a risk-based approach that prioritises an organisation’s most valuable assets and its most relevant threats. Investing in robust internal security awareness policies and processes will be critical to the ongoing success of any organisation.” 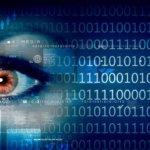