Cranfield University has been fined after a worker suffered potentially life-threatening injuries whilst dismantling a bomblet.

Swindon Crown were told that, on 4 February 2011, three employees from the Explosives Research Section at the Defence Academy of Cranfield University were working to deactivate former military cluster bomblets, so they could be recovered for use in demonstrations.

As the team were carrying out the deactivation at the Shrivenham Campus, one of the bomblets exploded causing serious injuries to one of the workers.

The injured worker suffered severe abdominal injuries and his right colon which was penetrated by a shard of metal required removal after surgery. He also suffered lacerations to his face and shoulder, and nerve damage to his right hand.

An investigation by the Health and Safety Executive (HSE) found no suitable risk assessment had been carried out for this type of activity and therefore the system of working was unsafe.

Swindon Crown Court heard the university’s management team were unaware of the process being carried out by their workers to break down explosive ammunition of this nature.

Cranfield University, of Cranfield, Bedfordshire, pleaded guilty to breaching Section 2(1) of the Health and Safety at Work etc. Act 1974 Section 2(1); and Section 4(1) of the Manufacture And Storage of Explosives Regulations 2005 and were fined £80,000 with costs of £75,000.

‘The worker’s injuries were life threatening and could have been avoided had a thorough assessment of the risks been carried out. As the university admitted, the task should not have been carried out in this manner.

‘This case reinforces the fact that employers need to ensure all activities, especially those that are novel or only undertaken infrequently, have been properly assessed as to the associated hazards and risks, and that safe systems of work are in place to effectively control those risks.

‘Cranfield University is properly recognised internationally for its explosives research and teaching, but in this particular case the standards for managing safety fell far short of what should have been in place.’ 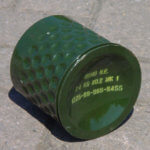