The nonprofit was awarded two Affordable Housing Program (AHP) grants of $500,000 and $286,000 from New Mexico Bank & Trust and FHLB Dallas. The funds will be used to renovate a dance studio and an existing facility into 86 units of transitional housing for homeless men and women.

“I want to congratulate and commend the leadership of the Albuquerque Rescue Mission on this historic day, which celebrates the expansion of space and services for homeless men and women,” said Congresswoman Lujan Grisham. “This transitional housing will open doors that otherwise would remain closed to a vulnerable population. Thank you to the Federal Home Loan Bank of Dallas and New Mexico Bank & Trust for your contributions to improving the lives of those in need. I am honored to represent this district and to work with you to improve the quality of life for every citizen.”

“The Albuquerque Rescue Mission has been a great partner with the City of Albuquerque, with initiatives like our Winter Shelter for our most vulnerable during our coldest months,” said Mayor Richard J. Berry. “Their work to end homelessness is incredibly important to our community, and I am pleased that they are receiving national attention and funding to build upon their solid foundation of work.”

“We want to increase the size of our programs, so we can have a place for people,” said Pastor John Hill, executive director of the Albuquerque Rescue Mission. “Take it from a city-wide perspective, that we, as caregivers, are trained to get as many homeless off the streets as we can. But we are a church, and we want to help people get healthy.”

FHLB Dallas annually returns 10 percent of its profits in the form of AHP grants to the communities served by its member institutions, like New Mexico Bank & Trust. AHP grants fund a variety of projects, including home rehabilitation and modifications for low-income, elderly, and special needs residents; down payment and closing cost assistance for qualified first-time homebuyers; and the construction of low-income, multifamily rental communities and single-family homes.

“The work of the Albuquerque Rescue Mission serves a critical need in our community,” said R. Greg Leyendecker, president and CEO at New Mexico Bank & Trust. “We are pleased to be able to support them in their service to people who have nowhere else to turn.”

FHLB Dallas, in partnership with its member financial institutions, awarded more than $7.4 million in AHP grants in 2015 to 32 projects, primarily within its five-state District of Arkansas, Louisiana, Mississippi, New Mexico, and Texas, which will result in 965 new or renovated housing units. 2016 AHP grant recipients will be awarded later this year. Applications for 2016 projects will be accepted beginning February 1.

“Without this bridge, individuals continue to struggle to get basic needs met,” Mr. Hettrick said. “The new housing being built by the Albuquerque Rescue Mission removes this obstacle, helping them to make strides toward healthier living. FHLB Dallas is honored to partner with New Mexico Bank & Trust to support the project.” 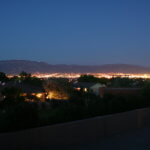