KPMG surveyed investors, who together control real estate assets in excess of €580 billion, about their investment strategies for 2015.

The results showed that competition over prime real estate has prompted investors to look further afield and diversify their portfolios. 64% of respondents are now targeting investments globally, rather than in just one continent, compared to just 39% in 2014.

Suburban offices and high street retail are also back on the acquisition agenda, with 44% and 68% of investors stating they planned to invest in these asset classes over the next 12 months.

However, competition is already pricing out some players from property hot spots in Western Europe. One in ten investors said they planned to reduce their holdings in the region this year.

“Western Europe is slowly heating up and investors are keen to realise their gains and free up capital to invest elsewhere,” said Richard White, UK head of real estate at KPMG. “Intense competition over prime assets has already forced some investors out of the market if they are unable to meet, or justify, the pricing levels.”

However, barriers to growth remain. 48% of investors surveyed said a sustainable supply of suitable stock is the main threat facing their business and this had the greatest potential to constrain growth. One in four also cited the performance of the global economy as an area of concern.

“The prolonged economic downturn caused a halt in speculative development and there are simply not enough finished assets to satisfy investor demand. This mismatch between demand and supply is prompting fears of a price bubble in certain markets, which are simply becoming overcrowded,” said White.

“While investor confidence has significantly improved, it remains vulnerable to shocks.The recent slowdown in GDP across a number of the key global real estate markets has caused understandable concern within the real estate industry. Poor economic performance could cause investors to suddenly retrench to perceived safe havens of Western Europe, rather than venture further afield.” 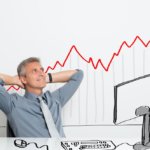