Commercial aviation has been precariously placed since the summer of 2008. During this period the sector has faced a plethora of obstacles; crude oil rocketed to almost $150 a barrel, increasing competition hindered profits, and airlines faced the consequences of a global lending squeeze. Passenger number growth was also below expectation during this period, whilst aircraft production levels also fell.

Finally, after almost eight years, these market headwinds are receding. Demand for commercial aviation is again rising, due to broader global economic expansion and the growth of the middle classes in developing nations. For all of the recent challenges, the competitive environment of the noughties has ensured that airlines have optimized and improved their overall efficiency. Banks are benefitting from monetary easing and now have greater capital to lend. This is seeing them lend to larger, more secure organizations, with airlines being one such example.

Crude oil has plummeted to around $30 a barrel. Crude oil can account for 35-50% of an airline’s costs and, as this discount for the airlines is yet to translate to discount for customers, airlines are enjoying greater profits and can expect rapid advancement in growth.

In the last few weeks, Iran has completed a $25b deal to purchase 118 aircraft from Airbus. This is indicative of a general trend of expansionist attitudes to fleet acquisition in the industry. Flynas, Vietjet and United Airlines have all either placed or proposed orders for new fleets of aircraft. Orders at the annual Bahrain Airshow reached $9b in 2016 – triple the figure from 2014. Forecasts from investors for aviation industry progression in 2016-17 have therefore been unsurprisingly optimistic.

Despite this expected boom, a dearth of qualified commercial pilots is now a genuine obstacle to industry growth. A lack of aviators is now a more pressing issue than any concerns surrounding global economics, terrorism or even the price of oil. Boeing has stated that by 2034, 558,000 additional commercial pilots will be necessary to service expanding fleets on a global scale.

While the gravitas of the problem is appreciated within the industry, the current pilot training infrastructure is insufficient to offer a solution. Therefore, private training academies provide high-potential investment and acquisition opportunities not only in the existing climate, but also in the decades to come.

Pilot training organizations with a proven track record, established airline relationships and a powerful brand offer the greatest security. Naturally this marks them out as a better prospect for investment and acquisition. Penetrating the market as a start-up is a more significant challenge. The risk/return ratio is not as enticing an investment opportunity – especially as national aviation regulators are more rigorously enforcing stringent standards for training and safety in pilot academies.

Different types of training academy offer different opportunities to potential investors. Academies offering an all-encompassing experience including end-to-end pilot training solutions (whereby airlines can outsource the entirety of their training requirements), rather than solely flight training, are the most desirable investment option. Pilot training facilities offering an array of flexible and bespoke training solutions, such as the Multi-Crew Pilots License, will be at an advantage owing to their propensity to variable regulatory and airline requirements.

The Asia-Pacific region will enjoy the strongest growth within the commercial aviation sector as almost half of the world’s growth in air traffic will be located there. Three billion people are projected to have entered the middle classes by 2030. A large proportion of this number will be across the Asia-Pacific region where budget carriers will service the new budget-wary middle class. Some of the best returns on investment will therefore come from pilot training academies supplying the budget Asian carriers with their pilots.

Aircraft and simulator manufacturers, including Airbus and Boeing among other industry players are also expanding into the pilot training market. The $220m purchase of CTC Aviation by space communications system L3 is a recent example of this. The experience and flexibility of established training providers will see them capitalize on the market’s new growth opportunities. The next 3-5 years will see significant growth in the number of pilot training academies and the expansion of existing academies.

The possibility of a shortage of qualified commercial pilots threatens to hinder the growth of the commercial aviation Industry irrespective of the lessening economic issues and projection of continually low oil prices in the coming years. Investing in the pilot training academy market at this time will offer strong growth and returns on your investment, while allowing the aviation sector to maximize its considerable potential by imbuing the industry with the pilot personnel it needs. 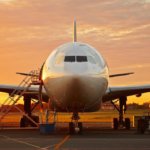