Citigroup has announced that it has reached an agreement with 18 institutional investors, represented by Gibbs & Bruns LLP, regarding the resolution of certain legacy Securities and Banking private-label securitisation representation and warranty repurchase claims.

Under the agreement, Citigroup will make a binding offer to the trustees of 68 Citi-sponsored mortgage securitisation trusts to pay $1.125 billion to the trusts, plus certain fees and expenses, for which Citi has taken an additional charge of approximately $100 million in the first quarter of 2014.

The 68 trusts covered by the agreement issued in the aggregate $59.4 billion of residential mortgage-backed securities and represent all of the trusts established by Citi’s legacy Securities and Banking business during 2005-2008 for which Citi affiliates made representations and warranties to the trusts. The agreement, if accepted by the trustees, would release Citi’s obligation to repurchase mortgage loans sold into the trusts, or make the trusts whole, for outstanding or potential claims for breaches of representations and warranties on the loans.

The company released the following statement: “This settlement resolves a significant legacy issue from the financial crisis and we are pleased to put it behind us.”

The agreement would not release potential investor claims relating to alleged misrepresentations in the offering documents associated with these private-label securitisations, nor any potential regulatory actions. Further, the agreement does not cover mortgage loans sold through private-label securitisation trusts via Citi’s consumer mortgage business in CitiMortgage, Inc. The agreement is conditioned on, among other things, acceptance by the trustees of the applicable trusts, and court approval, if sought by the trustees. 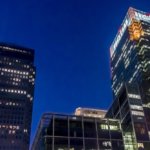