Citing the offer as ‘inadequate’ for its shareholders, Chiquita said it was going ahead with its plan to merge with Fyffes, the Irish fruit industry giant, which was announced back in March.

There did seem to be a trace of doubt however, as the firm’s statement released on Thursday continued:

“Having made such a determination, Chiquita has determined not to furnish information to, and have discussions and negotiations with, the Cutrale Group and the Safra Group at this time.”

Cutrale, a fruit juice company and Safra, an investment bank, made the offer to acquire the firm on Monday., releasing a statement saying that the offer was:

“clearly more favourable to the Chiquita shareholders than the proposed merger with Fyffes”.

Chiquita seem to have not reached this conclusion.

The creation of the Chiquita-Fyffes company would result in the world’s biggest banana supplier. Together, the combined operation would control an annual revenue of $4.6bn.

It would also allow the American-based firm to move its operations to Ireland and subsequently avoid higher rates of US corporate tax.

The US is presently taking action to try and reverse the trend for so called, ‘tax inversion‘.

Following the offer on Monday, Chiquita’s shares leapt by 31% in value, with Fyffes seeing a slump of 15%.

At the time of writing on Friday morning, Chiquita’s share price had levelled out somewhat at $13.51 – higher than the $13 per share the Brazilian offer represented. Fyffes continues to slip through the week, presently standing at 0.91 euros per share. 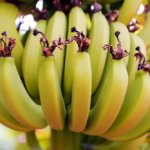