New data released by the Chinese National Bureau of Statistics shows that the world’s second-largest economy picked up momentum in Q2 2014. Output expanded by 7.5% year-on-year between April and June, slightly up from 7.4% in Q1.

The pick-up in speed was largely driven by a raft of government support, as the Chinese authorities loosened monetary policy and unleashed a mini-stimulus in a bid to support growth after lacklustre performance in the first quarter.

The Centre for Economics and Business Research (Cebr) sees the mini-stimulus performed in March as an important turning point for the Chinese economy, as this took the form of fiscal stimulus for infrastructure, compared to the beaten path of the credit mechanism. Industrial production growth accelerated to 9.2% year-on-year in June, compared to 8.8% in May. Monetary loosening also played its part in lifting Q2 growth: credit in the economy grew at its fastest pace in the three months to June, according to data released yesterday. Overall, government stimulus helped offset the drag from weak exports and a slowdown in the property market.

While looser monetary policy helped to lift up this quarter’s growth, rising levels of credit have revamped concerns about the risks around the country’s financial sector, with many worrying about a potential “Lehman moment” in China, especially given the rise of off-balance-sheet credit (commonly referred to as shadow banking).

Cebr is less worried about this: credit’s share of the Chinese economy is much lower than the equivalent share in the pre-Lehman period in the US. Moreover, the rise of shadow banking in China is perhaps best viewed as a natural consequence of the underdeveloped financial system and the lack of profitably opportunities for banks given the interest rate cap in place.

An Asian-style currency crisis also looks to be off the cards, with capital controls presenting the government with plenty of levers to control the currency. Finally, the debt-to-GDP ratio in China is estimated to be below 30%, leaving the authorities with plenty of fiscal room at their disposal to provide more stimulus further down the line as was done in March. With this in mind, Cebr expects China to comfortably meet the 7.5% target for year-on-year GDP growth in 2014. 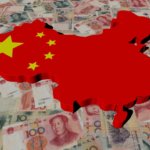