The second year in succession the Asian country has topped the list, outbound direct investment (ODI) from Chinese individuals and organisations has hit a record high, according Xinhua.

According to the findings from the Chinese state-run news agency, ODI figures for mergers, acquisitions and stake investments soared to $108 billion (£66.98bn) in the year. That is a near 23% increase on the ODI figures for China from 2012.

This year though, reports suggest the level of ODI will have receded according to data collated by US Think Tank the Heritage Foundation.

The levels of investment from Chinese firms could actually be set to rise even higher though.

The country’s government has said it intends to relax restrictions on ODI levels. According to the Chinese government, the new overseas investment rules will be introduced on October 6.

Under present rules, firms wishing to make an overseas investment exceeding $100 million from their Chinese base of operations have to meet with government approval. This restriction is set to be dropped, in a move which the Chinese Ministry of Commerce says is:

Investments being made into what the government rates as ‘sensitive’, be it a country, region or industry will still need to seek prior approval before closing the deal.

China is increasingly investing in many areas of the world, from Africa and Europe to South America. There are favoured countries for the country though. The most popular five destinations for investment out of China are:

There are also favoured sectors, with infrastructure and transport seeing particularly heavy investment in East Africa for example. The majority of the money being invested overseas from China however is being directed to the energy and power sector. 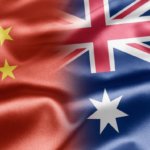