﻿‘The Future of Private Pension Saving’ warns the Government against reforming the pensions system in a way which would disincentivise saving, in particular, arguing that switching to a ‘Pension ISA’ system where tax is paid upfront and income in retirement is received tax-free (known as a TEE or taxed-exempt-exempt system), would be highly damaging to saving.

The report highlights research that has shown that under a TEE system, employers would expect their staff to save less and would place a lower value on employer contributions. There is a very real risk that a TEE system would ‘kill’ pension saving, as people would not find the promise of tax exempt withdrawals forty year later to be credible.

Instead, the report concludes, the Chancellor should use this opportunity to encourage pension saving by reforming tax relief to make it fairer to lower earners, and explain the roles of both Government and employers in helping people to save.

The report, ‘The Future of Private Pension Saving’, makes a series of recommendations based on a discussion held between industry experts, consumer and business representatives on Monday 25th January in the House of Lords.

David Sinclair, Director at the International Longevity Centre – UK said:
“Despite the success of auto enrolment, too many younger people are saving far too little to give them a decent income in retirement. The Chancellor must ensure that future generations have access to the best incentives to support saving. We need long term savings policy, not one where the goal posts move from Budget to Budget. But developing a long term savings strategy to avoid future pensioner poverty will go far beyond tax incentives. Government needs to work with employers and savers to create this savings strategy. We must plan now for the long term.”

Caroline Abrahams Charity Director at Age UK commented:
“We fervently hope that all the talk about moving towards an ISA-style pensions system with contributions made after tax remains just that – talk: we are wholly unconvinced that such a scheme would benefit this or future generations and extremely worried that it could, in fact, put off lots of people from saving for a pension at all.”

“The stakes are extremely high: dignity in retirement for millions of people in this country depends on us having a good, well-functioning pension system, and we undermine that at our peril.”
Eminent US pensions expert David John, Senior Strategic Policy Adviser at the AARP (American Association of Retired Persons) presented evidence from the US experience, where TEE systems do not provide a savings incentive. He said:

“Evidence shows that only 15% of retirement savers are ‘active savers’, i.e. those who respond to tax subsidies and move their assets accordingly”.

The report also calls on the Government to maintain the existing system of tax relief up front and to consider other ways of incentivising private pension saving beyond the tax system.

Yvonne Braun, Director of Long Term Savings at the ABI added:
“There is a strong case for reform of the pension tax relief system to make it fairer and more sustainable. At present more than 70 percent of tax relief goes to higher earners. Moving to a single rate of tax relief, reframed as a Savers’ Bonus, would spread that more evenly, increasing the incentive to save for Basic Rate taxpayers.

“In contrast, a Pension ISA would damage the economy and lower savings, making it unsustainable given the UK’s looming demographic challenges.” 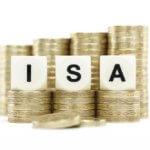