Sustainable economic growth in Africa will require a step change in approach from both investors and governments, according to new research released today by FTI Consulting, Inc., the global business advisory firm dedicated to helping organisations protect and enhance their enterprise value. The research reveals major shortfalls in the way governments attract investment, as well as how companies engage with key stakeholders.

The research, based on the opinions of investors, political and business leaders attending the World Economic Forum on Africa, shows that public opinion now holds significant influence over the business operating environment in Africa. Despite this, 76 percent of those polled believe that companies do not effectively communicate the benefits that their investment brings to their host countries. As nations in Africa become more discerning towards Foreign Direct Investment (“FDI”), a poor communications strategy could jeopardise the initial approach and long-term success of a company’s investment.

On the other side of the investment partnership, host governments must review the way they attract and handle FDI. The research conducted by FTI Consulting shows that 73 percent of those surveyed believe that governments have not been very effective in encouraging investment, and 79 percent think governments impose unreasonable expectations on investors. Although the benefits of investing in Africa are widely recognised, 52 percent of respondents believe investment still comes loaded with risk. This, compounded by unfair demands from governments may deter future investors.

“Companies need to modernise their approach to investing in Africa. The old way of doing business, isolating a company and its investment from the local and regional communities, is no longer effective. Rather than putting barriers around investments, engagement is now the key to recognising and avoiding the risks so many are still concerned about,” said Mark Malloch-Brown, Chairman of the Europe, Middle East and Africa region at FTI Consulting.

Lord Malloch-Brown continued, “Governments have a pivotal part to play in communicating the tangible benefits of FDI. Although natural resources have created pockets of wealth in certain nations, 51 percent of those we polled believe oil has hindered sustainable economic growth in Africa. Future success in Africa relies on companies and populations sharing wealth and growing in tandem. Host governments have an important part to play in brokering partnerships that allow African people to access the benefits that FDI brings.” 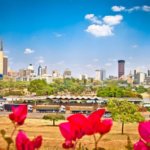