Under the terms of the recovery agreement, the settlement will benefit the BLMIS Customer Fund by $95 million. Approval of the Senator agreement is pending with the United States Bankruptcy Court. In addition, a recovery agreement of approximately $497 million, reached between the SIPA Trustee and the Herald/Primeo feeder funds, is also pending approval with the Bankruptcy Court. Once both agreements are final, and combined with the agreement reached with the Blumenfeld defendants and approved by the Court on November 18, 2014, total BLMIS Customer Fund recoveries will be approximately $10.5 billion.

“The SIPA Trustee’s legal team at BakerHostetler has worked diligently over the years to bring the maximum amount back into the BLMIS Customer Fund, and with these two settlements – Senator and Primeo/Herald – total recoveries to date have now crossed well beyond the $10 billion threshold,” said Oren Warshavsky, lead counsel for the matter and architect of the settlement on behalf of the SIPA Trustee. “Our colleagues at Windels Marx, who serve as Special Counsel to the SIPA Trustee on the Blumenfeld settlement approved today by the United States Bankruptcy Court, have also worked tirelessly for the benefit of BLMIS customers. Together, these three settlements show that the SIPA Trustee and his legal team continue to work towards a full recovery for BLMIS customers with allowed claims.”

The agreement with Senator represents 100 percent of the principal withdrawals by Senator from BLMIS. As Senator deposited more into its BLMIS account than it withdrew, the fund will receive an allowed claim of approximately $239 million. With this allowed claim, Senator is entitled to catch-up payments from the four interim distributions to BLMIS victims to date. Out of these catch-up payments, the first $95 million will be used to pay the amount owed by Senator to the BLMIS Customer Fund. As of approval of the settlement, Senator becomes an allowed claimant and will receive further distributions along with all other BLMIS customers with allowed claims who are not yet fully satisfied.

Senator also agreed to share with the SIPA Trustee half of the proceeds of other Senator claims, including its claims against HSSL, HSBC Bank plc and other entities, for the benefit of the BLMIS Customer Fund. Senator has indicated that it will be filing claims against HSSL in Luxembourg, for, among other things, HSSL’s liability related to its role as Senator’s custodian and administrator.

Geoffrey North, a partner at BakerHostetler LLP, the court-appointed counsel to the SIPA Trustee, said, “The SIPA Trustee’s motion asks that the agreement should be approved because it confers a significant benefit to the BLMIS Customer Fund, avoids lengthy, burdensome, and expensive litigation and because it represents a fair and reasonable compromise of the SIPA Trustee’s claims and the customer claim.”

The Senator recovery agreement represents the third negotiated agreement finalized within the past four weeks by the SIPA Trustee and his legal teams for the benefit of BLMIS customers with allowed claims. All together, and if approved by the Court, these three agreements will bring approximately $642 million into the Customer Fund; in addition, these settlements will increase the recovery for the BLMIS customers by 1.879 percent.

One hundred percent of the SIPA Trustee’s recoveries will be allocated to the Customer Fund for distribution to BLMIS customers with allowed claims. To date, the SIPA Trustee has recovered more than $9.8 billion and has distributed almost $6 billion, which includes approximately $816.2 million in committed advances from the Securities Investor Protection Corporation (SIPC). The costs associated with the SIPA Trustee’s recovery and settlement efforts are paid by SIPC, which administers a fund drawn upon assessments on the securities industry. No fees or other costs of administration are paid from recoveries obtained by the SIPA Trustee for the benefit of BLMIS customers with allowed claims. 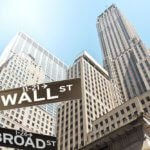