Calpers to Exit from Hedge Funds

It is understood that Calpers believes they are too expensive and complex – not a response to the performance of the program that is in place.

30 Hedge Funds to be Divested

No decisions have been made where to divert the investment by the board, with the interim chief investment officer for the $298 billion pension fund, Ted Eliopoulos, advising:

Calpers first invested in hedge funds in 2002 but, since the financial collapse, has undertaken a strategy of reducing its risk. Throughout the crash of the last few years, Calpers saw over 30% of its wealth wiped out.

To June 31 this year, the fund paid $135 million in fees for its hedge fund commitments, which earned 7.1%. That is a contribution of 0.4% on total fund performance. In the last 10 years, the annualized rate of return is 4.8%. Calpers’ return target for its investments is 7.5%.

Its returns on global stocks in the same period earned the fund 18.4%.

However, the hedge funds have contributed to stunning growth in recent years. Back in July, Capers announced it had hit a total value of $300 billion. The first time the fund has risen so high, that put it second to just two firms listed on the Dow Jones Industrial Average.

Recently though, hedge funds have been attracting record levels of assets, reaching a high of $2.8 trillion as institutional investors head for alternative investments.

There are over 1.6 million members in the Calpers retirement system, with more than 1.3 million registered members in its health plans. 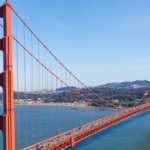