Although more people are buying in 2015, increased supply has so far kept competition and prices in balance. The last time year-over-year growth in home sales eclipsed 10 percent was in September 2013.

Redfin analysis revealed continued stable price growth last month, at 5.7 percent year over year. While 18.5 percent of homes sold above the asking price, that share is down year over year for the 17th month in a row. It was 19.5 percent in March of last year.

March was also the first month since December 2013 when the overall number of homes for sale shrank year over year, by 0.7 percent, even though the number of newly listed homes increased. New listings will need to keep pace with the high demand we’re seeing so far this year in order to prevent another national shift in favor of sellers. In the West, market conditions have already tilted further in the favor of sellers, according to the most recent survey of Redfin agents. Denver had the highest price growth in the country while also being the fastest market in March, with the average home going under contract within six days.

Redfin also took an in-depth look at home prices, inventory and sales across neighborhoods for three cities: San Francisco, Washington, D.C. and Chicago. A common theme across the three cities was rising prices and a tight supply of homes for sale. San Francisco’s median sale price was above $1 million for the second straight month, rising 15.4 percent from last March to $1.13 million. In the Pacific Heights neighborhood, the median sale price reached $2 million, a 38 percent increase from March 2014. Home values in D.C. rose 5.5 percent in March from a year ago, with the median sale price now at $500,000. Chevy Chase D.C. was the city’s most expensive neighborhood, with the median sale price reaching $1,089,000. Chicago home values rose 11.7 percent from a year ago in March, the third consecutive month of double-digit growth in a traditionally slower market.

As prices rose, inventory remained below a balanced market or grew tighter. There were only 409 properties on the market in San Francisco at the end of March, fewer than in February and a 3.5 percent drop from a year earlier. Locals saw only 1,109 units on the market in D.C., which is less than two months’ supply of homes for sale. In Chicago, the number of homes for sale rose 25.6 percent in March from a year ago, but higher buyer demand is keeping inventory at just 4.6 months of supply. 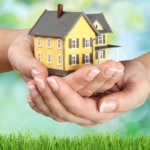